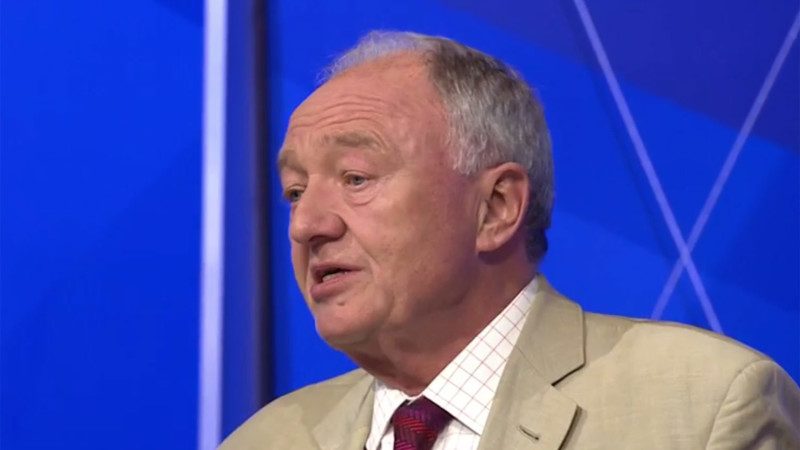 I am British of Iraqi descent, and like many British Iraqis I knew, I had adamantly opposed the Iraq War. Again with the majority, I did not oppose the Iraq War because of an admiration for Saddam – many of my family members were forced to flee or be executed by his ‘republic of fear’. I opposed it because of the sheer fact that it was a foreign invasion with ‘collateral damage’ and with fantastical claims of WMDs and the instilling of an immediate democracy.

Ken Livingstone stated last night on BBC Question Time that the 7/7 bombers committed their acts of terror in London in 2005 in protest at the Iraq invasion. Words cannot describe how let down I felt by a man for whom I have voted for in the past and rallied behind against the invasion of Iraq.

I felt this way because he stated this so-called ‘justification’ without any question, or qualification, and effectively legitimised the argument that the Iraq war was a cause (not a correlating factor in) of home-grown terrorism. No such privileged mention was given to those Iraqis and Muslims in the UK who have dedicated their work to promoting inclusion, democracy and plurality in automatic reaction to the tragedy that is the Iraq war.

He seemed to be suggesting that if you were affected by the Iraq war, and you are grieving, you get a free pass to propagate any message you like as well as act on it – even if it leads to terrorism.

What is happening, as Ken Livingstone demonstrated last night, is that some people in Britain are justifying extremism by pointing to the grievances of the Iraq war. I fail to understand how these grievances translate to adopting ideologies that dehumanise the British public and vast majorities of the Iraqi population.

It is reported that approximately 1 million citizens within the UK went out directly demonstrating against the invasion in 2003. Only a minority of this number hold extremist attitudes that harbour negative and derogatory sentiments towards Western states; and even fewer actually rationalised the acts of violence committed by the 7/7 perpetrators.

The sheer absurdity of such rationalisation is also unearthed once you realise that the dominant form of Islamist extremism, and the rigid takfirism (excommunication from the Islamic faith) practiced by the 7/7 bombers, accuses up to 70 per cent of the Iraqi population of being kaffir (disbelievers) and/or heretics.

The manipulation of the Iraq war grievance to legitimise extremist ideologies is driven by a political agenda. Ken Livingstone is seemingly utilising this justification to propagate the message of ‘I told you so’ in what can only be seen to be a cheap ploy for scoring political points. The extremists on the other hand, are utilising it to bolster their ‘Westophobic’ narratives as proof of a grandiose plan for the ‘West’ to undermine Islam.

I and most other Iraqis and Muslims saw the tragedy of the Iraq War, and dedicated ourselves to political activism to promote pluralism and inclusion. I never looked at the sectarian flame that followed the Iraq War and thought that the remedy to it was more sectarianism, division and imposing an Islamist political ideology. We did not all turn to indiscriminate violence and hatred because of the Iraq War.

What made people utilise the Iraq war grievance to justify the terrible actions of the 7/7 attacks was the combination of the belief that they were on the receiving end of dehumanisation and the Islamist extremist ideology. The Islamist ideology (which is different to the Islamic faith) presupposes that a theocratic rule based on a particular interpretation of Islam is the remedy to all political ills; the dehumanisation of ‘the other’ further aims to impose that belief by justifying the building of this theocracy to remove the rights of ‘non-believers.’

This toxic combination is what led to the deaths of so many Muslims in Iraq by terrorist organisations and the tragedy of 7/7, in which 56 innocent civilians in London were killed.

Both Islamist extremism and the dehumanisation of ‘the other’ must be challenged by civil society and civil discourse. This means that Ken Livingstone and his like must not legitimise extremism by implying the Iraq War was a causal influence. The majority of Iraqis and Muslims turned their grievances from the Iraq war to positive action which promote unity, democracy and tolerance.

11 Responses to “Hijacking the Iraq war to justify extremism”