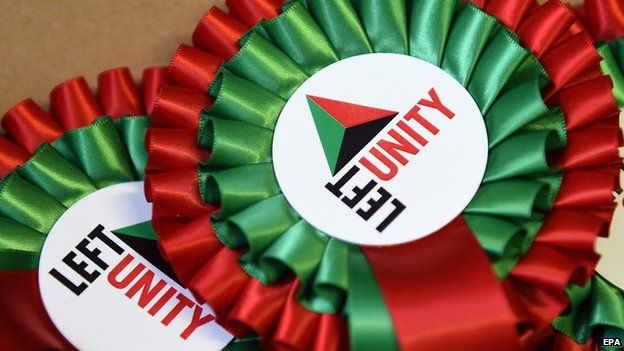 This weekend, I made the decision to step down as Principal Speaker of Left Unity and resign from the party I and many others helped found almost three years ago. It was not an easy decision, but it was, I believe, a necessary one. In short, Jeremy Corbyn has changed everything.

Three years ago, when we set out to found Left Unity, the Coalition government was striding forwards with a punishing austerity programme that was trampling the lives of the poorest and most vulnerable people in this country and we felt Labour was not doing nearly enough about it. We had three main parties signed up to the austerity agenda and no genuine opposition.

The Conservative government is still striding ahead with austerity, it is still immiserating the poorest and most vulnerable people in Britain. But something has changed. Something we never in our wildest imaginations thought possible. Labour has elected Jeremy Corbyn who, along with John McDonnell, is attempting to turn the party into a genuine anti-austerity opposition. Not only one I now feel I can support, but one I feel it would be irresponsible not to support.

I now fundamentally believe, like many who have already left Left Unity, the Greens and other progressive parties to join Labour, that the central priority is to ensure that Jeremy Corbyn is the next prime minister and that a Labour government, proud once more of its founding principles and its greatest progressive achievements, topples the Tories and reverses the austerity measures that are laying this country and so many of its people low.

I was born under Thatcher and I came into politics as a teenager under Blair as the anti-war movement was just beginning. At the time, and in the years since as Ed Miliband’s leadership signed up to Conservative spending plans and offered little more than a toned down version of austerity, I thought that Labour was irrevocably wedded to disastrous foreign interventions and the interests of big business, rather than the vulnerable and working class people it was founded to represent.

I remember speaking to Tony Benn and Owen Jones, both of whose politics are for the most part my politics, but both of who insisted that the Labour Party was reclaimable from within and that those on the left should stick with it. After so many retreats for progressive politics, I just could not see it. Corbyn’s victory in the leadership election proves them right.

I believe that when we launched Left Unity three years ago in an entirely different political climate, it was the right thing to do and I am tremendously proud of much of the work the party has done in campaigning against the cuts. Left Unity was never really meant to be primarily an electoral project and it was always unlikely to be a successful one.

Under first-past-the-post, even the Green surge only returned a single MP and it took them 40 years to get there. But the left outside Labour had, I believe, an important role to play in showing Labour that it could not shift inexorably to the right and continue to take working class and progressive support for granted.

The Greens, Left Unity, the unions, the People’s Assembly and many others all had their parts to play in a much bigger movement that has put anti-austerity squarely in the political mainstream and to some extent helped pave the way for Corbyn’s election.

Given Left Unity was never going to be a party of government, it was always my belief that the left outside Labour should work with the left within it to push for the strongest possible Labour opposition to the austerity agenda. In this regard, the ideal of Left Unity was often compared to a UKIP of the left – the notion that there could be this pole of attraction that could shift mainstream political discourse and Labour’s position with it to the left, in the same way UKIP were shifting the Tories and debates around the EU and immigration to the right.

Now Corbyn has become Labour leader, I would quote men I hope more naïve than me – mission accomplished! And now Corbyn is the leader, I no longer believe we need an electoral left outside of Labour in the same way. I wish those who remain in Left Unity all the best, and I am sure we will work together in many cross-party campaigns going forward, but it is now my view that all those on the left should, like the hundreds of thousands who have already done so, join Labour to support Jeremy Corbyn and push for a Labour government in 2020.

I now plan to apply to join Labour. It is important to point out – despite the overblown headlines in the media that follow Corbyn wherever he goes, stooping far lower than he did at the Cenotaph – that I and others like me are not entryists. There are many on the Labour right who disagree with my politics. There are those, like Alan Johnson, who I’m sure will not welcome me in the party.

We will have our legitimate disagreements over the course we believe Labour should take and the policies it should stand on. But I am not an infiltrator looking to stage some kind of hostile takeover. I have no agenda other than to see Jeremy Corbyn become the next prime minister, to campaign for a Labour government in 2020, and to ensure that it is the best possible Labour government, committed, as Corbyn is, to fairness and equality.

Salman Shaheen is a former principal speaker of Left Unity. He is editor-in-chief of The World Weekly and a freelance journalist. He writes here in a personal capacity.

92 Responses to “Comment: Why I am stepping down from Left Unity to join Labour”