Why we must resist this repressive bill before it's too late 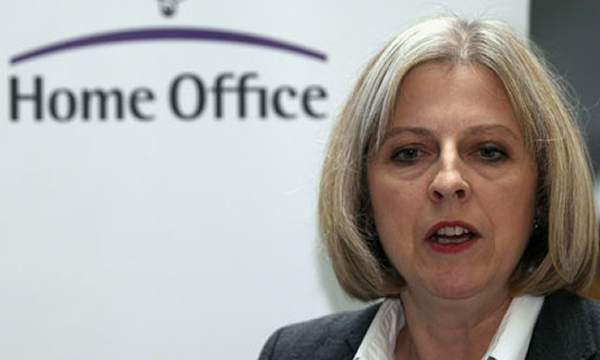 Yesterday, home secretary Theresa May announced a draft Investigatory Powers Bill that is set to significantly expand the mass surveillance activities of the police and intelligence services.

Its measures will legally enshrine the powers that GCHQ, MI5, MI6 and the Ministry of Defence have already been exercising for years, and they will introduce a ‘double-lock’ system which requires ministerial approval of interception warrants to be ratified — except in ‘urgent cases’ — by judicial commissioners.

This is a worrying provision, since even if it’s ostensibly dedicated to the uncontroversial aim of protecting the British population from ‘those who seek to harm us‘, it takes the unprecedented step of drawing private businesses into the monolithic machinery of governmental surveillance.

Moreover, if such a liberal broadening of the nation’s intelligence services were to result only in the prevention of more terrorist attacks, then there arguably wouldn’t be much of a problem.

However, given the government’s and the security services’ track record when it comes to terrorism legislation and snooping, there’s every reason to believe that the Investigatory Powers act will also result in the increased harassment and suppression of legitimate political opposition.

For example, the Terrorism Act of 2000 has been used to obstruct more than its fair share of journalists and protesters. Last year, a journalist with the Sheffield Star was threatened with arrest under its terms, simply for filming a protest against cuts to travel benefits for pensioners and disabled people.

Likewise, the act was deployed in 2013 to arrest several protesters at an arms fair in London, on the basis of the powers it grants the police to ‘stop and search’ anyone who might conceivably be a terrorist.

There are other examples of its abuse, yet they all strongly indicate that counter-terrorism legislation is as much counter-democracy legislation as anything else. Of course, the new Investigatory Powers Bill may very well allow Britain (‘working with our partners‘) to detect a small number of terroristic plots before they’re carried out, but for every would-be extremist they uncover, the above incidents reveal that they will also enhance the nation’s ability to hassle, impede and suppress more than one would-be reformer.

This is illuminated most starkly with the knowledge that GCHQ and other agencies have been spying on MPs since 1966. As revealed by former undercover officer and whistleblower Peter Francis, these include Labour politicians such as Harriet Harman, Peter Hain, Diane Abbott, Dennis Skinner, Jack Straw, and Ken Livingstone.

More tellingly, they also include the current Labour leader Jeremy Corbyn, whom David Cameron recently characterised as a ‘threat to national security‘.

In view of his take on the Labour leader, it’s very interesting to note that the new draft bill also states that the prime minister must be ‘consulted’ before MPs’ communications can be intercepted. The Telegraph and other publications have described this clause as formalising the Wilson Doctrine, which stipulates the illegality of tapping the phones of MPs.

However, it’s more accurate to regard it as the repeal of the Wilson Doctrine, since it officially makes it legal to monitor MPs, so long as the prime minister is involved in some ill-defined way. Furthermore, knowing that David Cameron regards Jeremy Corbyn as a public enemy, the bill would make it easier for the security services to continue spying on him, this time on the prime minister’s behalf.

More generally, the Investigatory Powers Bill makes it easier for the government to subdue its political opponents. As such, it can be regarded as part of the same assault on political rights to which the ‘draconian‘ Trade Union Bill belongs, an assault which seems focused on crippling the public’s ability to oppose whatever the Conservatives impose on it.

With the bill, this assault will be strengthened considerably, while its victims will have even less power to stand up for themselves. That’s why it should be resisted now, before it’s too late.