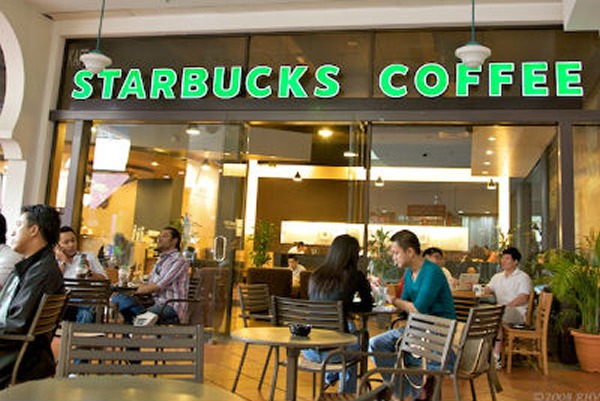 Starbucks was accused in 2012 of paying minimal UK corporation tax

Tax avoidance is a challenge to nation states as it erodes their tax base and no state can function or command citizen support without adequate revenues. EU member states are thought to be losing about one trillion euros of tax revenues each year due to a combination of tax avoidance, evasion and arrears.

In 2013, the G20 nations asked the Organisation for Economic Cooperation and Development (OECD) to investigate Base Erosion and Profit Shifting (BEPS) and develop proposals so that corporate “profits should be taxed where economic activities deriving the profits are performed and where value is created”.

The OECD has now published a series of reports, but has arguably failed to meet its brief.

The reasons are that the OECD is not an appropriate body for developing tax reforms. It has shunned transparency and failed to address the major fault lines of the current corporate tax system.

The issue of global tax reform should be handled by the United Nations rather than the OECD. It is too close to corporate interests. The OECD primarily represents western interests and has little direct representation from the BRICS (Brazil, Russia, India, China, and South Africa) economies and low-income nations. The OECD proposals do not empower low-income countries.

The above can be illustrated by examining the OECD recommendations on country-by-country-reporting (CBCR). The concept of CBCR requires multinational corporations to publish a table showing their sales, profits, assets for each country of their operations. So if a company revealed relatively few staff in a country but a massive amount of profits, then one would suspect that profits have been artificially booked in those locations.

The most efficient solution would be for CBCR to be publicly available. For example, by including it in annual company accounts, but the OECD does not support such transparency.

The OECD recognises that the current corporate tax system is broken, but its preference is to patch-up the current one. Subsidiaries within the same group of companies pay royalty, management fees and interest on loans to each other. The aim is to reduce taxable profit in one country and shift it to a low/no tax jurisdiction. The OECD recommends that the tax relief on intragroup interest payments be restricted.

For the rest, the OECD’s general response is to ask for improved documentation to support the transfer prices used by companies.

This does not address the problems.

The current corporate tax system was designed in early twentieth-century. At that time large parts of the globe were under colonial rule and corporations were required to pay taxes in country of their residence rather than the place of their business activity. So a company registered in London paid corporate taxes in the UK even though its entire labour force, assets, and sales were in India.

Such rules are now problematical because companies can incorporate in tax havens and avoid taxes in the UK and elsewhere. The OECD does not adequately tackle this concept.

The modern multinational corporation is an integrated entity. This enables companies like Google to coordinate the activities of its subsidiaries in the UK, the Bahamas, and Ireland and elsewhere to produce profit. These subsidiaries are under common control, but for tax purposes are assumed to be separate taxable entities.

This fiction enables companies to play profit shifting games and arbitrage the international tax system. The OECD does not challenge the fiction of independent entities

The current tax system allocates corporate profits to each country by using transfer prices. This assumes that independent or arm’s length prices of all intragroup inputs and outputs are available.

However, this is difficult because global markets are dominated by relatively few corporations. For example, 80 per cent of the entire production of world grain was distributed by just two companies (Cargill and Archer Daniel Midland) and just 20 companies control the coffee trade. The OECD clings to the fiction of arm’s length prices.

The OECD could have explored alternatives which go under the title of unitary taxation. A key idea here is to treat a group of companies as a single unified economic entity. It ignores most intragroup transactions and thus curbs profit shifting. Profits of a company are allocated to each country on the basis of real economic activity, such as the location of assets, employees, sales, etc. The profits can then be taxed by each country in accordance with its laws.

A version of this is operated by the US and Canada for domestic tax calculations. A version known as the Common Consolidated Corporate Tax Base (CCCTB) is also advocated by the EU. The OECD has totally ignored such developments.