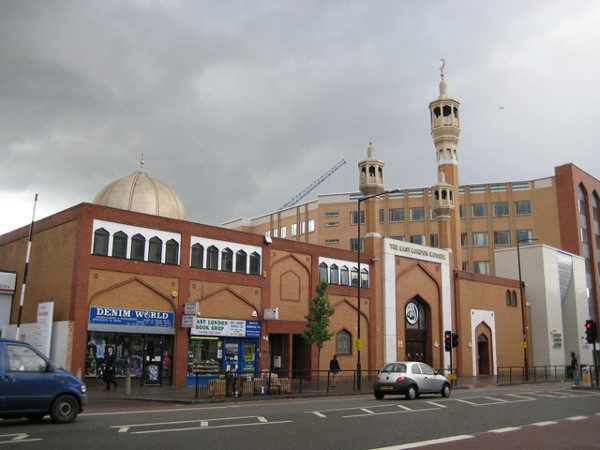 A recent report by Tell MAMA UK explores the offline and online impacts of anti-Muslim hatred. As a result of the discrimination, victims suffer from depression, emotional stress, anxiety and fear. This is simply unacceptable in Britain in 2015 and if we don’t stand up to it now, our society will be further polarised by this and other pernicious forms of extremism.

Tell MAMA’s report states that those subjected to online hate live in fear of the online threats ‘materialising in the real world’. In order to prevent violent anti-Muslim hatred, it needs to be curtailed earlier in the process, at the online stage.

Criticising Islam is fine. It’s a religion, an idea, and no ideas should be beyond scrutiny. Restricting someone’s freedom to express their views on a religion is against the human rights we stand for. However, online or offline hatred that attacks people on a personal level, rather than scrutinising a religion, is not acceptable.

If all Muslims are approached as if they were extremists, they may seek refuge among extremist organisations who tap into the polarised atmosphere set by anti-Muslim mood music.

In this way anti-Muslim hate crimes can lead vulnerable people directly into the hands of extremist recruiters who encourage and exploit this grievance, thus aggravating the very issue of radicalisation that we are trying to avert.

Conversely, to prevent Islamists exploiting it to radicalise others, wider British civil society must stand up to anti-Muslim hatred and play its part in integrating people of all backgrounds.

Hate crimes hinder the public image of counter-extremism by unintentionally creating the façade that Islam, rather than Islamism, is being opposed. Counter-extremism tackles radicalisation and extremism and is opposed to those who commit or support ideologically-motivated intolerance, violent or otherwise, to further political aims.

Today’s announcement that the structures the police use to handle cases of anti-Muslim hate are improving is a great start, but let’s also build awareness of what a hate crime actually is. As a result of it, victims and wider society will confidently be able to identify and report the crimes.

Muslim communities need to feel safe, confident and reassured that these injustices will be responded to. Give these people a voice and it will without doubt be a pro-Britain, pro-human rights song that they will sing.

However, just as reporting Islamist extremism to the authorities is not the single solution to preventing radicalisation, so too must we try to intervene earlier to prevent anti-Muslim hate. Instead of focusing on offline violence, let’s also look at challenging online incidents.

Just as we would not stay silent about online racism or homophobia, let’s speak out against online anti-Muslim hatred. Furthermore, we must ensure the alternative narratives of those silenced by extremists are allowed to flourish and contest the social media echo chambers currently dominated by the discriminators.

And let’s intervene even earlier than that with a proactive educational response. We should defend the right to freedom from discrimination and the rights for people to practise their own religion or wear religious attire.

We are all entitled to these freedoms, regardless of race, gender, religion or sexuality, and that message needs to get to all young people before extremist narratives take hold.

To tackle anti-Muslim prejudice seriously we must make sure no-one confuses the religion of Islam with the political ideology of Islamist extremism. Education must be the cornerstone of any preventative policy if we are to make a better future for our children free from the mistakes their parents once made.

Jonathan Russell is a political liaison officer and Rachel Bryson is a researcher, both at Quilliam

17 Responses to “How to stop anti-Muslim hatred: report, challenge and educate”