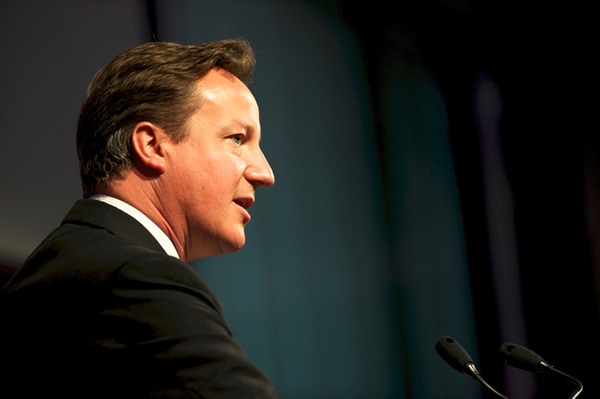 David Cameron told delegates at the Conservative party conference yesterday that he would make social mobility his top priority. In this respect parts of his speech ought to have come as music to the ears of the centre-left.

“Opportunity doesn’t mean much to a British Muslim if he walks down the street and is abused for his faith.”

“Opportunity doesn’t mean much to a gay person rejected from a job because of the person they love.”

“It doesn’t mean much to a disabled person prevented from doing what they’re good at because of who they are.”

“I’m a dad of two daughters – opportunity won’t mean anything to them if they grow up in a country where they get paid less because of their gender rather than how good they are at their work.”

All of this is welcome and, until a short time ago, would have been unthinkable from a Tory leader (just 10 years ago then-Tory leader Michael Howard ran an anti-immigration election campaign under the sinister slogan ‘are you thinking what we’re thinking?’)

But missing from Cameron’s new-found enthusiasm for equality was any mention of class – still arguably the biggest factor in terms of the opportunities a person will get in life.

With the appropriate ardour, Cameron told the conference audience that those with ‘ethnic-sounding names get fewer responses to job applications‘.

As the prime minister made clear, this is a shameful state of affairs. But missing from the PM’s passionate plea for ‘equality of opportunity’ was any acknowledgement of the disadvantage accrued by class – despite twenty-first century Britain being a far from classless society.

According to a 2013 study by the London School of Economics, a disproportionately large number of places at Oxford are taken up by people with Norman Conquest surnames – names such as Baskerville, Darcy, Mandeville and Montgomery.

When you consider that just one in 10 children who attend either Oxford or Cambridge are entitled to free school meals – compared with a fifth of children in Britain as a whole – it ought to be clear to all that more is at work in getting a golden ticket to one of Britain’s top institutions than talent alone.

And anyway, the odds of going to university at all are greatly increased for those born to affluent parents. Only around a fifth of the poorest youngsters go to university. This compares to 57 per cent of the richest.

Yet for Cameron, as with so many of today’s liberals (both Conservative and social democratic), class went unmentioned. And yet without acknowledging class disadvantage – alongside the other forms of disadvantage Cameron did mention – the prime minister cannot be serious about social mobility.

8 Responses to “David Cameron’s equality rhetoric ignored the elephant in the room: class”