Once the uprising was underway, violence and instability were in Libya's future regardless 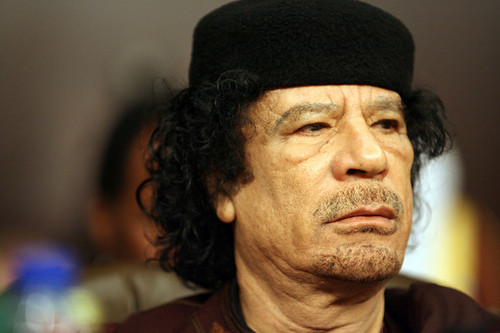 Periodically, since the overthrow of Libyan dictator Muammar el-Qaddafi, there appears a series of articles, couched in tones from tentative to vehement, suggesting that if NATO had stayed out and allowed Qaddafi to retake the rebellious city of Benghazi in March 2011 then Libya would now be stable and would not be haemorrhaging refugees.

With the onset of the refugee crisis in Europe earlier this year, and Libya providing a major transit point for those trying to get to Europe, it was inevitable that this would happen again. But it is still mistaken: instability was coming to Libya no matter what the West did, and the main problem with the intervention was that it wasn’t early enough, forceful enough, or protracted enough.

Barbara Tasch wrote at Business Insider this week that Qaddafi was a ‘key ally who helped stem the [refugee] flow in the past’. Peter Hitchens wrote in The Mail on Sunday that the NATO intervention in Libya ‘helped cause the huge migrant wave’. These arguments echo the last oratorical refuge the Qaddafi regime sought for itself.

Faced with a popular revolution, Qaddafi had used fighter jets within a fortnight and promised a ‘house by house’ massacre of Benghazi. This raised the spectre of humanitarian intervention. Qaddafi retorted that his removal would result in chaos and jihadism in Libya and refugee waves in Europe.

“Bin Laden’s people would come to impose ransoms by land and sea [if I fall],” Qaddafi told reporters. “We will go back to the time of Redbeard”.

Grant it to the Colonel: he had a knack for rhetorical flourish.

But this neat narrative, that bad as Qaddafi was—censorship, banning opposition parties, raping his own (male) ministers as a means of control, assassination of dissidents—he at least contained the chaos and terrorism, doesn’t meet the test of evidence.

Qaddafi’s record as a source of terrorism has few rivals. Through Sabri al-Banna (better known as Abu Nidal) Qaddafi attacked numerous Western targets and assassinated any Palestinian leader willing to compromise with Israel. A French airplane was blown up in Chad by Qaddafi’s agents, and the American plane brought out of the sky over Lockerbie, Scotland, has been officially traced back to Qaddafi.

Further, during the Libyan rebellion, Qaddafi’s son, Saif al-Islam, announced that the regime would side with the jihadists against the liberals.

If Qaddafi had sacked Benghazi, the result would not have been peace and stability in Libya. Benghazi has 600,000 residents; even Qaddafi couldn’t have killed them all. Qaddafi could have terrorized them, with artillery and aerial bombardment, into fleeing, as Bashar al-Assad has done in Syria, but then where would they have fled?

Once the uprising was underway, violence and instability were in Libya’s future regardless; better at that point to at least try to do the right thing. The alternative is on display in Syria.

The NATO intervention in Libya, which lasted eight months, accidentally killed seventy-two civilians. Assad kills more than one hundred civilians, deliberately, every day. During the Libyan war about 5,000 people were killed; even as the chaos spiraled the death toll in Libya from 2014 to 2015 was just over 4,000.

Put simply, even with an unfinished Western intervention in Libya that left the country to warlordism and a proxy war pitting Qatar and Turkey against Egypt and the Gulf States (primarily the United Arab Emirates), which has allowed the rise of a branch of the Islamic State, Libya is still better off than it would have been without the intervention. The casualties and instability would have been reduced further if the intervention had included a stabilization mission after Qaddafi’s fall.

The international community drew—and enforced—red lines in Libya, which means the outside powers and their proxies have to play within certain bounds, unlike Syria where the West has shown itself able to tolerate mass-rape, ethnic cleansing, and sectarian extermination by the regime.

Whether it is the threat of Islamists, the lack of civil society and the collapse of the State after Qaddafi, or the inflamed ethno-social and tribal divisions in Libya: these are the products of the Qaddafi dictatorship.

Crushing all opposition except the Islamists, making the State the private property of a ruling family, and keeping control by divide-and-rule is a virtual algorithm of Arab dictatorship; it ensures that the only alternatives are fanatics, chaos, or both. Libya’s torments now are not the result of removing Qaddafi but of tolerating him for so long.

15 Responses to “Comment: why NATO was right to intervene in Libya”