Do the press care less about public health than selling papers? 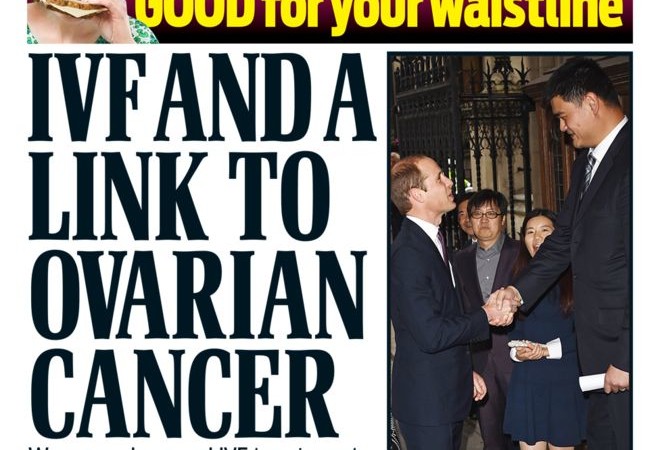 A mere 24 hours after the Daily Mail published a half-hearted clarification on a public health story, the newspaper is at it again:

“IVF AND A LINK TO OVARIAN CANCER” In slight contrast to their September 10 front page story, ‘Alzheimer’s link to blood transfusions’, (which was also covered poorly by the Mirror and other papers), there is at least some evidence for claiming a ‘link’.

The study, also covered by the Telegraph today, found that women who underwent IVF treatment were 37 per cent more likely to develop ovarian cancer.

However, the story employs the same sensational and shady techniques as the Alzheimer’s fudge.

“The study’s authors say the most probable explanation is that the underlying problems making women infertile also put them at greater risk of cancer.

But they admit there is a small possibility that the treatment itself is to blame.”

That ‘admit’ is typical of the Mail‘s odd attitude towards medical science, venerating experts like witch doctors one minute, while veering from suspicion to open hostility when it comes to ‘new-fangled’ techniques like vaccination, blood transfusions and IVF, the next.

But the key here is that the people behind the study and other health experts quoted said the higher instance of developing ovarian cancer is related to the same health issues causing the women’s fertility – and not to having IVF treatment.

And just how significant is the ‘link’ in this case? Eventually, (paragraph 17), the Mail says:

“The UCL study looked only at the statistical chance of developing ovarian cancer – and did not examine the possible reasons behind this.

Only 15 women out of every 10,000 who had IVF developed the disease during the research period.

The rate among all other women was little different: 11 in 10,000. The researchers found no increased risk of breast or womb cancer.”

These numbers support the view that the key variable would be the health of the women who need IVF in the first place, rather than IVF treatment in any way causing ovarian cancer – for which there is no evidence whatsoever.

Despite all this, the Mail runs this story on the front page with a four deck headline, gives equal weight to evidence and speculation, editorialises around vague quotes, and gives the impression that a treatment helping women to have children is so dangerous it could kill them. 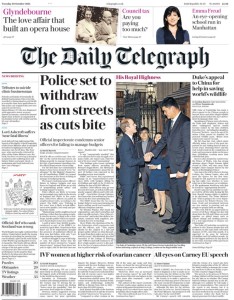 The Telegraph‘s story, which features on its front page but as a secondary piece, is altogether more measured and gives a more accurate account of the findings and the experts’ response.

Obviously the more information available to the public on health the better, and it’s good that newspapers cover these studies.

But some papers like the Daily Mail and the Daily Express can’t help themselves from wildly exaggerating the importance of a piece of research, usually juxtaposing routine procedures like blood transfusions and even vaccinations with the threat of some deadly disease. 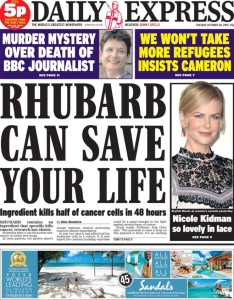 In the wake of huge scandals like that of Thalidomide, the morning sickness pill revealed by the Sunday Times in 1972 to be causing birth deformities in children, the vigilance of these outlets on public health issues is laudable.

But one can’t help but suspect that some of them are simply trying to sell newspapers.

There is a moral difference between investigative journalism in the public interest and exploiting people’s fears to make money.