In terms of headcount, 1.8 million people are unemployed, still higher than ahead of the crisis 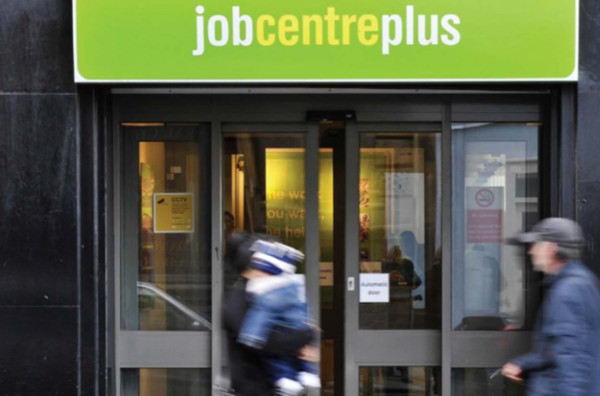 Today’s labour market statistics are the third consecutive set to show a weakening of headcount figures, while earnings growth continues to rise.

The chart shows this increase in unemployment comes on the back of reduced improvements, really since the middle of last year. In terms of headcount, 1.8 million people are unemployed, still higher than ahead of the crisis. 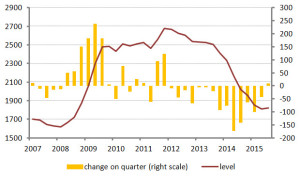 The headline figure for employment rose by 42,000, but this is accounted for entirely by those in self-employed, part-time work. Full-time work was down by 6,000. That said, the fall in full-time jobs comes after three stronger quarters, and there is a degree of volatility in even the quarterly figures, so it is too soon to read much into this weakness.

The earlier strong quarters mean that annual growth in full-time employees is at 2.3 per cent, still a robust figure.

In the meantime earnings growth continues to pick up; both the headline rate and regular pay (excluding bonuses) are growing by 2.9 per cent, up from 2.6 per cent (headline) and 2.8 per cent (regular) respectively.

At face value these figures remain below pre-crisis norms of closer to 4 per cent, though with inflation basically at zero on the CPI and 1 per cent on the RPI, real earnings are more respectable.

But ultra-low inflation remains an exceptional and unbalanced means to the rises in real wages that are so desperately needed after seven years of decline. The low inflation environment is symptomatic of prolonged weakness in demand in the UK and across the world, and an increasing concern given the apparent deterioration in the global economy.

In these conditions the government’s aim to continue the largest spending cuts since the 1920s is an increasingly serious threat to the UK economy and the prospects of any sustainable revival in living standards.