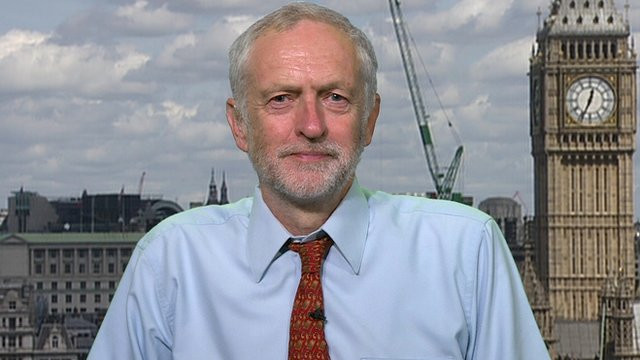 Given that Jeremy Corbyn has been roundly criticised for his ‘friendship‘ with two Islamist extremist and terrorist organisations, Hamas and Hezbollah, and lambasted for peculiarly drawing moral equivalence between ISIS and the USA, it may seem odd for the political liaison officer of a non-partisan counter-extremism think tank to welcome him as the new Labour leader. But I’m going to do it anyway.

Jeremy Corbyn, beyond these statements, is well-known for opposing the establishment (whether government or opposition), and is chair of Stop the War Coalition, vice-chair of the Campaign for Nuclear Disarmament and a patron of the Palestine Solidarity Campaign. And now he has a 59 per cent strong mandate to lead the second largest party in British politics.

Islamist organisations have repeatedly identified Western foreign policy towards Iraq and Palestine as chief motivating factors for their movement. Some, including those mentioned earlier, have even used this to justify violence to defend Muslims they see as oppressed in these places and others.

If we believe those who tell us that foreign policy grievances, rather than the Islamist ideology, is the most significant driving factor for radicalisation then there is now an exciting opportunity to respond, as we have a Labour Party led by a man vocal in his shared opposition to this foreign policy.

And if we believe that stopping violence is the priority, then having Her Majesty’s Opposition being led by a man who has personally adopted these causes and is committed to doing so through democratic institutions, then this is good for counter-extremism.

Of course, if radicalisation is actually more complex than a petulant reaction to foreign policy, and is in fact made more likely by the normalisation of an Islamist worldview that pits Western civilisation with Muslims all across the globe; the prevalence of an ideology that politically exploits Islam to further the interests of several privileged leaders; and widespread identity crisis among young British Muslims due to a lack of integration, then perhaps we won’t see any trends reverse with Corbyn’s ascension to Labour leader.

I hope that in return for his party defending his democratic mandate, Corbyn will take democratic culture forward and lead not just with ‘straight-talking, honest politics’, but also the human rights values that underpin our state and society. ‘Social justice and equality’ are excellent things to which Corbyn aspires, and I think that as he progresses, he will see these values in Islam but not in Islamist extremism.

A ‘new kind of politics’ should mean a commitment to greater gender equality and a pledge to enfranchise young people and ethnic minorities who many think feel disenfranchised by the ‘male, pale and stale’ make up of those iconic green benches.

I see this problem mirrored in Britain’s Muslim communities where too often ‘gatekeepers of the community’ have stifled the voices of the young, the female and the minorities, and prevented progress. If Corbyn is serious about his pledge, then I’d encourage him to take his approach to the Commons to Muslim communities as well.

And to these Muslim communities, you too have an opportunity. Get involved in politics, follow the leader that opposes the War in Iraq, and join the party that has elected a British Muslim as its candidate for the London Mayoral Election next year.

Or stand up and decide that you don’t need to be defined by foreign policy and your faith, and join a different party because of its stance on housing, climate change or inheritance tax, depending on what is important to you.

I hope that Corbyn will see that with his new power comes the diplomatic responsibility of leading the opposition, and this means considering the detriment of inviting extremists into Whitehall. You can meet who you like when you’re a backbencher; it is slightly different when all of your decisions will be considered indicative of your party’s position, and may be used by foreign governments to pressure the UK diplomatically.

There is nothing particularly left or right about counter-extremism, so Corbyn must be encouraged to think critically on this agenda in his new role.

Too often, the regressive left present themselves as fellow travellers with Islamist extremism and don’t stand up for universal human rights, instead favouring a dogmatic, populist form of identity politics more traditionally associated with the political or theocratic far-right.

I hope Corbyn does not fall into this intellectual laziness. He may disagree with Cameron’s economics and Blair’s foreign policy, but he would do well to learn from their deeper understanding of radicalisation.

I too will be reaching out to the new Labour leader, as I think it is vitally important for the opposition to hold the government to account on progressive counter-extremism, campaign for a clear balance between counter-terrorism and human rights, and ensure our national security without compromising our civil liberties.

12 Responses to “Comment: Corbyn’s win could be an opportunity to tackle extremism”