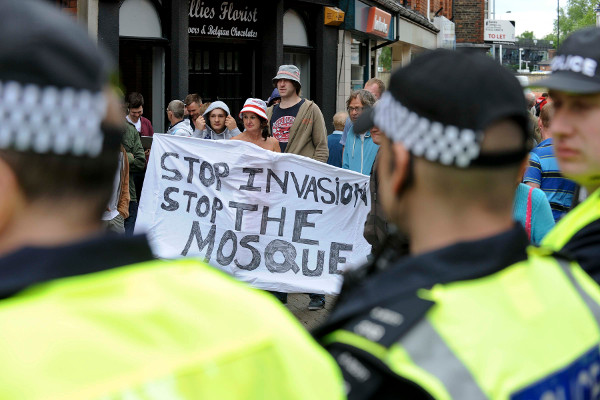 Anti-Muslim hatred leads people directly into the hands of IS recruiters and aggravates the very issue of radicalisation that we are trying to avert. The more people act out of fear and cause Muslims to be ostracised in our society, the greater the chances of them turning to extremism.

If all Muslims are approached as if they were extremists, with hostility and hatred, they may indeed develop such extremist views in order to defend themselves from this treatment.

Recent figures show that anti-Muslim hate crimes are up by 70 per cent. These crimes vary from cyber-bullying to extreme violence, but it appears that women, particularly those who are identifiably Muslim through their clothing, are targeted more frequently than others. As a result, many Muslims feel under attack and vulnerable in their own country, something that should surely be avoided in a liberal democratic state like ours.

Those who discriminate against Muslims are doing exactly what IS want. As hate crimes are committed, Muslims are cornered into looking elsewhere for protection, identity and solutions. This vacuum leaves Muslims vulnerable and thus more open to extremist exploitation.

IS propaganda is specifically designed to target those who are unfulfilled, defenceless or aggrieved. As Quilliam’s Charlie Winter has put it, IS ‘sell themselves as champions of social justice, law, order and defiance in the face of the ‘oppressor”. Hate crimes and anti-Muslim bigotry push people into a state that makes them more open to IS propaganda and, therefore, more vulnerable to radicalisation.

Hate crimes affect not only the current generation but also our children. We know environmental factors play a key role in growing up for young people. As hate crimes surge, the next generation is increasingly exposed to views that incorrectly paint all Muslims as extremists. This may cause Muslim children to grow up vulnerable to radicalisation, defensive about their faith, and less likely to integrate into British society. This defence can quickly turn to offence as more radicalising triggers present themselves.

Moreover, hate crimes hinder the public image of counter-extremism by unintentionally creating the façade that Islam, rather than Islamism, is being opposed. Counter-extremism tackles radicalisation and extremism as phenomena and is opposed to those who commit or support ideologically-motivated intolerance, violent or otherwise, to further political aims.

If Muslims are being attacked for their faith rather than Islamists challenged for their bigotry, we reduce ourselves to the very intolerance we are trying to fight. This is why human rights are so important to counter-extremism.

Rather than acting out of hate, those concerned about extremism should respond in more constructive ways:

1. We should defend the right for freedom from discrimination and the rights for people to practise their own religion or wear religious attire. We are all entitled to these freedoms, regardless of race, gender, religion or sexuality.

2. We must stop confusing the religion of Islam with the political ideology of Islamist extremism. That way, when we challenge extremists, we will not cause prejudice or impair anyone’s right to practise their faith.

3. When faced with extremism, whether Islamist, far-right or others, we should challenge it just as we would challenge bullying or racism. Preventing extremism is not a job solely for the government or security forces to uphold, but rather a role for everyone to engage in.

4. As TellMAMA identifies, we should engage with cross-cultural exchange and dialogue amongst all cultures, irrespective of faith differences. This will not only make our nation more open and accepting of varied backgrounds, but will also mean that Muslims can play a constructive role in challenging the extremism in their communities.

As a result of these constructive actions, people will feel increasingly at home in their own nation and IS propaganda will have less of a foothold. Critically, these actions are not only useful for combatting extremism; they are also vital components of life in Britain that are worth defending.

Therefore, as anti-Muslim hatred diminishes, so will the perceived need for it.

Jonathan Russell is a political liaison officer and Rachel Bryson is a researcher, both at Quilliam

76 Responses to “Comment: anti-Muslim hatred is a self-fulfilling prophecy”