13,850 households were accepted as homeless between April and June of this year 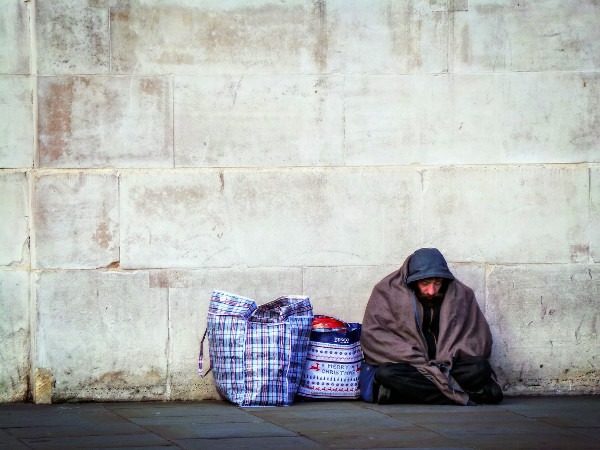 There was a 5 per cent rise in the number of homeless households between April and June of this year, according to new government figures.

Statistics released today show that 13,850 households were accepted as homeless between April and June of this year – a rise of 5 per cent across England and 10 per cent in London compared to the same time last year.

The Greater London Authority (GLA) reports that over 3,500 people have become homeless and slept rough in the last five years under the Conservatives. Shelter reports that at least 93,000 children will see the New Year in with no home in 2016.

It has also been reported that women make up 14 per cent of London’s rough sleepers with 3 per cent being transgender. 26 per cent of homeless charity service users are women.

Meanwhile the government’s housing data for June showed an annual price increase of 5.4 per cent, taking the average property value in England and Wales to £181,619 – higher than during the pre-crash property boom.

“Homelessness rose by 5 per cent between April and June compared to the same time last year. Nearly a third of these people became homeless following the ending of a private tenancy. This is totally unacceptable and reflects the desperate state of our private rented sector.

“Homelessness has risen by 36 per cent in the last five years. We cannot ignore the reality behind these numbers. Thousands of people across the country are struggling to keep a roof over their heads in a housing market that is no longer fit for purpose, while cuts to housing benefit and homelessness services have left the safety net in tatters.

“Our politicians can and must do something about this. We need housing benefit that actually covers the cost of renting, a much stronger focus on preventing homelessness, and a change in the law so that no one is forced to sleep rough. At the same time, we need decisive action to make the private rented sector more accessible and affordable, along with radical solutions to tackle the severe shortage of affordable homes.”

21 Responses to “Another rise in homelessness under the Tories”