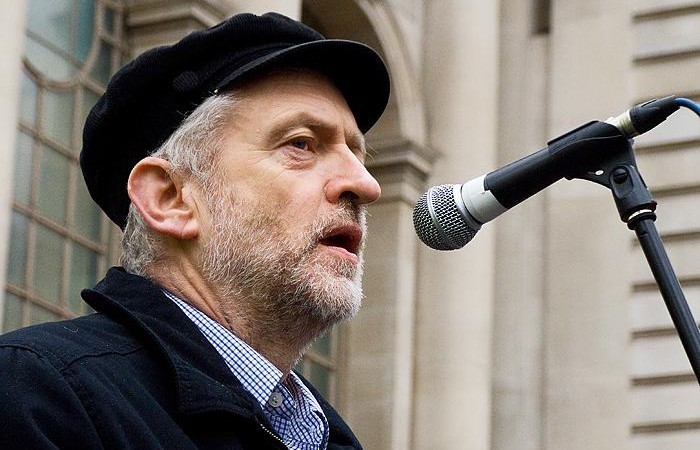 Jeremy Corbyn’s ‘strange associations’ – so widely noted, yet so little understood– are not a personal foible. They are a symptom of the ideological corruption of that part of the Left in which he was formed. The corrupting ideology is ‘campism’ – Stalinism, Third Worldism and, today, incoherent negativism against the West, knee-jerk support for ‘The Resistance’.

Campism causes us to abandon  universal progressive values rooted in the Enlightenment and sign up instead as foot soldiers in the ‘Great Contest’ between – these terms change over time, as we will see – ‘Progressive’ vs. ‘Reactionary’ nations, ‘ ‘Imperialism’ vs.‘Anti-Imperialism’,  ‘Oppressed’ vs. ‘Oppressor’ peoples, ‘The Empire’ and ‘The Resistance’, or simply ‘Power’ vs ‘The Other’.

The alternative progressive foreign policy we need would not return to trailing after neoconservatism, but be distinguished by the steady pursuit of two interconnected goals: the security of the British people in the face of deadly new global threats and challenges, and the advancement of social democratic values in a world that has been made one by surging globalisation, only to be torn apart by political tyranny and social inequality.

A Labour government and the labour movement could be a champion of global social democracy and global development; proud to identify as global social democrats working to make poverty history and left internationalists working to make tyranny history; comfortable being cosmopolitans, defenders of a planetary humanism, but also progressive patriots who will fight to the death to defend the democracy and the freedoms built in the country by, among others, the Levellers, the Chartists, the Suffragists and the Labour Movement.

Working with like-minded nations, a Labour government could spit in the face of UKIP-isation, refuse to retreat from the world, and decide to use its unique position at the heart of a set of international alliances  – the UN, the EU, the G8, NATO, the Commonwealth – to change it.

Imagine that government driving global campaigns for radical reform of the outdated architecture of global governance (which is causing ‘globoschlerosis’) and of the unfair rules of the global economy (which are producing grotesquely inegalitarian outcomes and environmental degradation).

And imagine if, in defiance of the post-Iraq isolationist mind-set, we embraced our moral and internationalist duty to bring aid to those in need and when we can (for ours must be an idealism without illusions, not a gung-ho neoconservatism) our responsibility to protect and, in the case of an ongoing genocide, to rescue.

Imagine if this progressive government were only half the story of a progressive foreign policy. Imagine if we adopted Michael Walzer’s notion of ‘left internationalism’ as a social democratic duty. Imagine if we became the partisans and artisans of practical solidarity with those around the world who share our values and our goals and who desperately need our support.

Rejecting lesser-evilism, rejecting the corrosive idea that our enemy’s enemy is our friend, we social democrats would then chose as our comrades not Hamas, Hezbollah, Raed Saleh, Stephen Sizer, or Abou Jajjah but rather the brave democrats who are fighting against murderous Putinism in Russia and Ukraine, the pioneer feminists and trade unionists facing down the obscurantist Mullahs in Tehran and the acid-throwers in Pakistan, the persecuted minorities fending off ethnic supremacists, whether in the West Bank or Syria, and the progressives who advance the two state solution in Israel and Palestine.

We would support the liberal journalists jailed by authoritarian states (some of which claim to be ‘socialist’), the trade unionists who face violence for organising workers, the beleaguered educators of girls like Malala in Pakistan. We would stand with labour the world over as it fights exploitation in the workplace and with weak nations facing staggeringly unfair terms of trade imposed by the powerful.

There is no reason why global social democracy cannot be married to left internationalism. Indeed, as James Bloodworth has observed, we desperately need exactly that combination today. Our world is ‘convulsed by war and/or under the boot of dictatorship,’ so urgently requires ‘a vocal and internationally-minded left’ argues the editor of this blog.

He calls for us to build ‘a left which, while recognising imperialist follies such as the war in Iraq, never grovels to religious fascists’, a left ‘whose instinctive reaction to tyranny is one of revulsion rather than reverential talk about the ‘achievements’ of this or that thuggish dictatorship – however ‘left’ the posture of the regime in question.’

Back to Corbyn. Writing at Open Democracy about the likely next Labour leader, Keith Kahn-Harris expressed scepticism about Corbyn’s explanation for his choice of comrades.

‘Although he has defended his contacts with Islamists, the IRA and others as a contribution to peace-making,’ Kahn-Harris noted, ‘Corbyn does not have the deep relationships across the spectrum [or] the even-handedness that this would entail.’

What struck Kahn-Harris most about Corbyn’s record was something else entirely: that he ‘is constantly predisposed to be at least convivial towards a broad swathe of those who see themselves as opposed to “the West.”’

He went on: ‘Much of what appears to be [Corbyn’s] openness does indeed reflect engrained political pathologies.’ That’s right. We have to look to those engrained political pathologies – I have used the short-hand label ‘campism’ to describe them – to grasp the roots of Corbyn’s strange associations. And to understand how we can build a progressive alternative in the party, whoever wins this election.