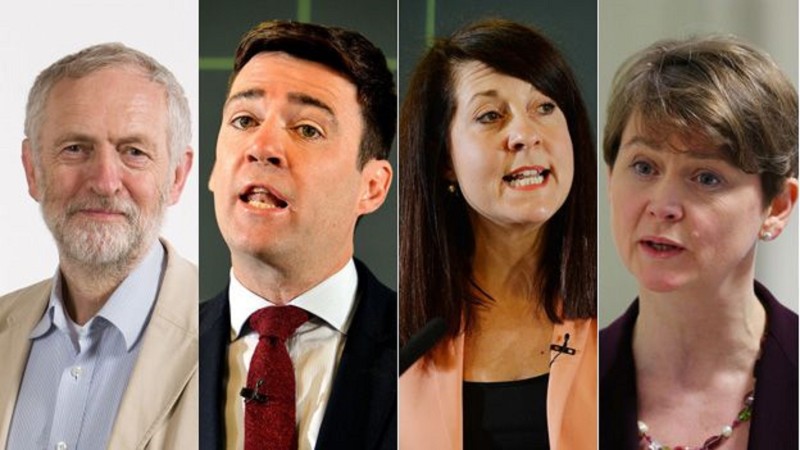 Within the Labour Campaign for Human Rights we have a diverse set of views about who would be the best Labour leader. For that reason we haven’t endorsed any candidate.

But we did decide to ask them a series of questions about some of the top human rights issues to help us and our supporters decide who is the best ‘human rights candidate’.

All the candidates kindly replied to our questions. Thank you to them and their campaign teams for taking the time to do this.

We’re pleased to be able to share their answers with Left Foot Forward readers, together with some analysis on what we thought of them.

1. The right to strike is a fundamental human right, protected by freedom of association. The government is planning to make it prohibitively difficult for public sector workers to go on strike by raising the threshold of support. Will you protect the right to strike in the UK?

2. The Conservatives are currently manoeuvring to replace the UK’s Human Rights Act with a British Bill of Rights and give parliament a veto over judgments by the European Court of Human Rights. What is your view of these proposals?

3. In 2013, Edward Snowden revealed that GCHQ, Britain’s communications spy agency, collects and stores personal communications data indiscriminately and en masse. This includes the data of British citizens. What is your view on this practice and what would you do to better protect privacy?

4. One of the most challenging human rights issues for any government is to integrate human rights into its foreign policy and balance this need with our trade, diplomatic, and defence interests. If you become prime minister, would a country’s human rights record ever stop you from trading or dealing with them?

All of the candidates were strongly against the Tories’ proposals to replace the HRA with a British Bill of Rights. Yvette Cooper gave a particularly impassioned answer, arguing that ‘threatening to rip up the Human Rights Act on the 800th anniversary of the signing of Magna Carta demeans the office of the prime minister’, together with some thoughtful detail on why human rights are so important and the shortcomings of the Tories’ proposals.

Andy Burnham also made a strong argument for the HRA and cited his own experiences with Hillsborough as a reminder of why ‘Labour must always be there to help vulnerable people stand up against government agencies, public bodies and large corporations’.

Liz Kendall’s response was slightly less substantive than the others, but no less clear that under her leadership the ‘Labour Party [will do] everything in its power to fight these Tory proposals’.

Jeremy Corbyn was similarly opposed to the government’s plans but threw in an extra point, explaining that he

“would not be opposed to [the HRA] being enhanced by a Bill of Rights, but not replaced by one as the Conservatives propose”.

This is a crucial issue for debate – should Labour support a Bill of Rights if it contains improvements to human rights standards rather than takes away from them?

Of course, this is unlikely to come from a Tory government, but it could be a question for Labour to explore itself in government.

Probably the most controversial issue we asked a question on was data surveillance. Labour has been deeply split on how to achieve the right balance between privacy and security in counter-terrorism for years. Our leaders have generally not been strong privacy or civil liberties advocates.

Tony Blair had notoriously draconian instincts on this issue, while Ed Miliband may have privately believed in a more liberal approach but generally stayed away from the issue in public.

So we were expecting our candidates to follow suit. Surprisingly, they mostly didn’t. Of course, we expected Jeremy Corbyn – who has long been a civil liberties champion – to give a good response. He told us that he is ‘deeply concerned by government invoking ‘national security’ to shut down debate or to restrict our freedoms’.

Nonetheless, his answer focused on the ineffectiveness of mass surveillance and the need for greater accountability. We were expecting something a little more strident from the famous human rights crusader, but we’ve no doubt he is an opponent of mass surveillance.

Andy Burnham and Liz Kendall, to our welcome surprise, gave answers that many civil liberties campaigners would support. While first talking of the important work done by the security services and also addressing the need for greater accountability, Liz said:

“The state shouldn’t be able to access all of your emails, phone calls or any other data unless it has reasonable cause to suspect you’ve committed a crime”.

This sounds very much like an outright rejection of the principle of mass surveillance. However, there may be some nuance to her answer – accessing is different from collecting, a word she chose not to use. It is a matter of debate whether the security services are accessing data indiscriminately, though we know for certain they are collecting it. The distinction is important.

In probably the most pro-civil liberties answer, Andy Burnham told us ‘we should be wary of mass, indiscriminate collection and retention of data’.

Here he is directly questioning mass surveillance in principle – no ifs, no buts. He also supports greater scrutiny and oversight of the intelligence services. We commend Andy for taking a strong position on this issue.

Yvette Cooper is known for being more hawkish on mass surveillance. Her answer reveals an evolving position following David Anderson’s report, focusing on the need for greater oversight and scrutiny. It’s clear from her answer that Yvette does believe in the principle of mass surveillance, but she does also recognise the current system is not fit for purpose.

There was little to separate the candidates in their answers to the question on strike laws. All were strongly opposed to the Tories’ plans to curtail public sector strikes. Yvette Cooper called the plans ‘an ideologically driven attack on Britain’s trade unions’, while Andy Burnham pointed out that the planned 40 per cent threshold proposed by the Tories ‘is a farce when MPs are elected with a significantly smaller share of the vote’.

Liz Kendall also gave an impressive defence of union rights, saying that she ‘will tolerate no weakening of protections for working people or the basic rights of trade unions while I’m leader’. Likewise, Jeremy Corbyn said ‘we need to stand with public sector workers defending the services on which we all rely’.

On the final question, the responses were more mixed. The question of how to pursue an ethical foreign policy is a familiar but difficult one. All of the candidates agreed human rights were an important element of foreign policy, but Jeremy Corbyn’s response was the most thoughtful. He noted the differing impacts trade sanctions could have and the importance of assessing each country on a case by case basis.

Yvette Cooper and Andy Burnham both offered specific examples of how they would integrate human rights in foreign policy, with Andy saying:

“I have long had my doubts about Russia holding the next Football World Cup. I voiced those doubts when the situation developed in the Ukraine.”

Yvette, meanwhile, focused on LGBT rights advocacy and the need for the FCO to campaign against the death penalty. Finally Liz Kendall didn’t give much away, saying that ‘if a nation is willing to systematically disregard human rights, then they cannot expect to have a straightforward economic or political relationship with Britain’.

Ultimately this probably goes back to what Jeremy said about each case needing to be decided individually.

In all, we were pleased with the responses. Jeremy Corbyn’s were predictably pro-human rights, though he could have been a bit more forthright on the surveillance question.

We were also pleased to see strong answers from Andy Burnham on even the controversial issues, most especially mass surveillance.

Likewise Liz Kendall offered good responses, including on surveillance, but was a bit vague on the foreign policy question. Yvette Cooper gave excellent answers on the HRA and union rights, though was probably the most hawkish on surveillance.

Andrew Noakes is director of the Labour Campaign for Human Rights

11 Responses to “Who is the ‘human rights candidate’ for Labour’s leadership?”