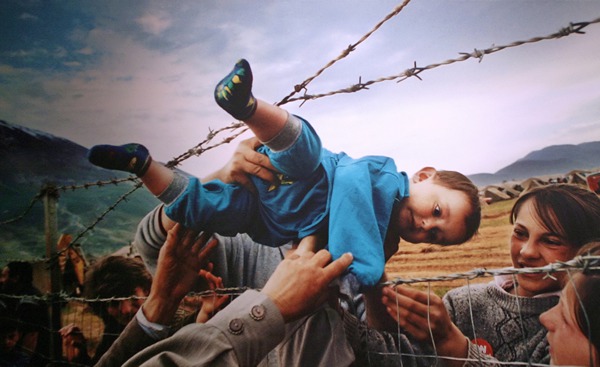 Jeremy Corbyn and I serve together on the Executive Committee of the British Group of the Inter Parliamentary Union. Although I do not share his one sided view of Middle East policy, his friendship with Hamas and Hezbollah, or his rose tinted attitude to the government of Venezuela, there are issues on which we do agree, including support for women’s rights, LGBT rights and opposition to the death penalty.

We were both Labour candidates in the General Election of 1983. Jeremy was elected to Parliament for the safe inner London constituency of Islington North and began his 32 years as a rebellious left-wing backbencher. I was the defeated candidate in the outer London suburban of Ilford North.

Despite the civil war within the party following our 1979 defeat, the 1981 Special Conference and the SDP split, there was a great deal of enthusiasm in 1983 among the party rank and file.

Although we did limited canvassing, in Ilford North we had enthusiastic crowds around our campaign street stalls, big contingents on the huge CND marches and anti-Cruse missile protests encircling Greenham Common. Thousands came to our Labour rallies during the campaign to hear Michael Foot, deputy leader Denis Healey and others.

My election material was firmly in line with party policy as set out in the campaign document, The New Hope for Britain, which had hurriedly been agreed as the election manifesto by an exhausted NEC. Labour would withdraw from the European Economic Community (without a referendum), unilaterally scrap Trident and remove all US nuclear weapons and bases – whilst staying in NATO.

Although I privately knew I would not win it came as a great disappointment to many activists when we suffered a terrible defeat. Labour’s vote dropped by 8,345. The Conservative majority went up from 7,195 to 11,201. With just 10,841 votes, I only just kept second place over an SDP candidate who had done almost no campaigning. Worse still, marginal neighbouring Ilford South remained firmly in Conservative hands.

Jeremy Corbyn has made clear in numerous speeches and articles over the years that he remains committed to the policies on which he was first elected and on which Labour was resoundingly defeated in 1983. Indeed, he would go further: Labour has always, even in our brief unilateralist period, been pro-NATO, but Jeremy has consistently opposed NATO membership.

He recently said that Poland should not have been allowed to join NATO. He says its expansion to other democratic ex-Warsaw Pact countries was a mistake. He blames the USA and NATO rather than Putin’s imperialistic Russia for the crisis in Ukraine.

Labour has been here before. At the 1935 Party conference the great transport union leader Ernest Bevin denounced the pacifist George Lansbury over his opposition to possible League of Nations military action against Italian imperialism in Abyssinia. Lansbury resigned and eventually the Parliamentary Party elected Major Clement Attlee as interim Leader.

It was under prime minister Attlee and foreign secretary Bevin that the 1945 Labour government, in co-operation with the United States, played a decisive role in creating the institutions of the modern era, including the United Nations and NATO. It also ensured that Britain had its own independent nuclear deterrent. Britain also played a vital role supporting the United Nations forces in the Korean War.

Jeremy Corbyn’s supporters have made much of his opposition to the Iraq War and military action in Syria. But Jeremy also opposed the UN-authorised interventions in Afghanistan and Libya, and action to stop Slobodan Milosevic’s ethnic cleansing in Kosovo. Labour members should reflect on the legacy of Attlee and our patriotic, internationalist and humanitarian interventionist traditions.

Although Jeremy Corbyn was personally successful in 1983, many other Labour candidates were not. If Jeremy becomes Labour leader next month his anti-nuclear, anti-NATO, anti-American, anti-interventionist and Eurosceptic message will be welcomed by some in this country and by some abroad. But it is unlikely to be welcomed by Kurdish and other anti Da’esh forces in Iraq, by anti-Assad democrats in Syria, by democratic Central European NATO states like Poland, or by Ukrainians.

Above all, though, it will be resoundingly rejected by the British people, and lead Labour in 2020 to an even worse defeat than we collectively suffered in 1983.

Mike Gapes has been Labour and Co-operative Member of Parliament for Ilford South since 1992. He is a member and former chair of the Foreign Affairs Select Committee

59 Responses to “What would a Jeremy Corbyn foreign policy mean for Labour?”