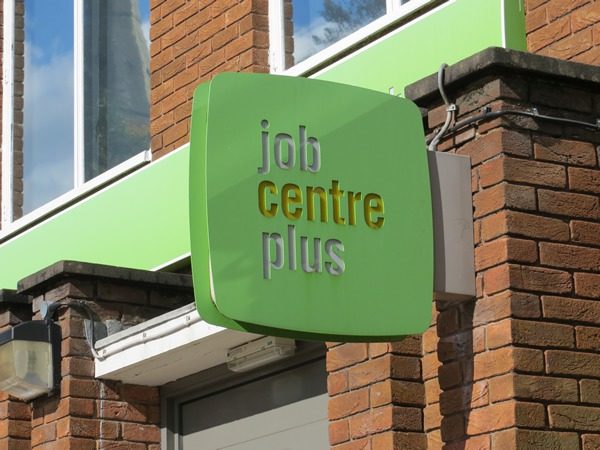 At first glance, it looks as though the monthly labour market statistics confirm the first hints last month that the jobs recovery might be slowing to a halt.

There were 1,852,000 unemployed, up 25,000. On the other hand, the improvement in pay continued, and for the second month running average weekly earnings (regular pay) were 2.8 per cent higher than the previous year.

The number unemployed for over six months rose 8,000, to 881,000; and the improvements in the ratio of unemployed people to job vacancies seem to have stalled:

Number of unemployed people per job vacancy (click to zoom) 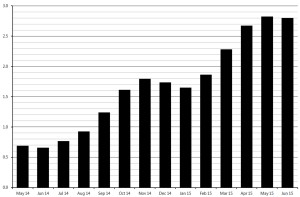 But we need to be careful about these changes, some of which are very small. We have to remember that these statistics come from the Labour Force Survey; a survey is based on a sample, and there are always limits to how accurately a sample represents reality.

A common standard for accuracy is the ’95 per cent confidence interval’ – given the nature of the survey, 95 per cent of the time the results will be in a certain range.

But the 95 per cent confidence interval for this figure is ±0.2 points. This means that, using a common standard for accuracy, the unemployment rate changed by between minus 0.1 and plus 0.3 points.

This variability is one reason why we get ’blips’ in the employment figures and it is one reason why I’m careful about calling a new trend in the labour market on the basis of a month or two of changes. (The Office for National Statistics publishes a useful table on sampling variability for each month’s figures.)

I’m also cautious because some data point in the opposite direction. The claimant count measure of unemployment fell by nearly 5,000 between June and July. It is true that the total number in employment fell 63,000 but this was due to a 92,000 fall in part-time employment; the number of employees working full-time actually rose by nearly 12,000.

Even the good figures for earnings need to be read carefully. The annual increase in nominal (that is, not taking inflation into account) average weekly earnings is over 2 per cent for the fifth month running. But there’s some tentative reason for thinking that earnings increases might be slowing down – certainly they aren’t accelerating – though there’s every chance that this really is a blip: 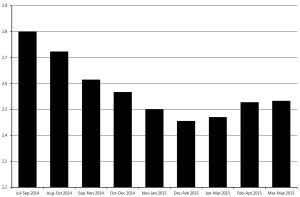 All of which leads me to say that we need to be cautious. A second month of poor headline figures is definitely worrying – and there’s no sign of ‘wage-pull’ inflation that the Bank might take as a justification for raising interest rates. But it is too soon to say that the jobs recovery is over.