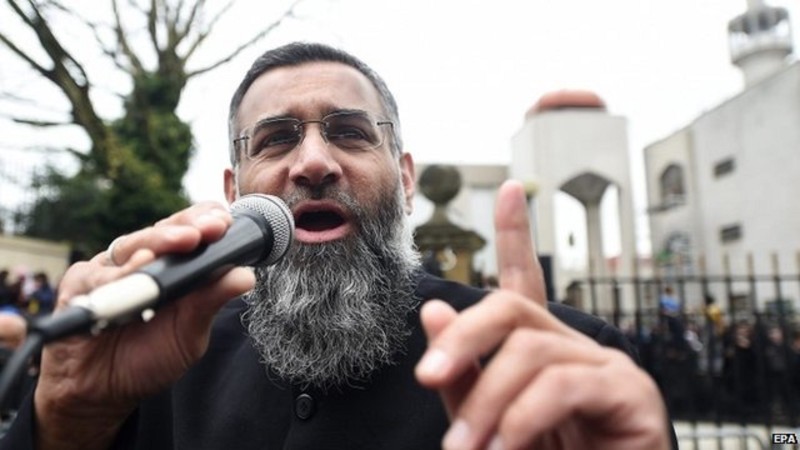 In an article entitled, ‘Sectarian Hatred at the Heart of British Muslim community,’ The Times recently highlighted issues of sectarianism that have been bubbling in the UK for some time. These issues have been crystallised after the Syrian conflict which brought matters to a head.

The Times article highlighted a graffiti incident against a Bradford-based Shia institution that had the words ‘Shia Kaffirs’ sprayed across its entrance. TELL MAMA, the national anti-Muslim hate incident reporting project that I manage and founded, picked up this case within hours when a leading member of the British Muslim Shia community reported it into us.

The incident highlighted what many of us knew, that the Syrian conflict, combined with preachers in Muslim communities promoting anti-Shia rhetoric and a mixture of hatred towards Assad and his Shia backers (Hizbollah and Iran), were threatening to upset the fragile cohesion between both faith communities in the UK.

Whatever the driver for the Bradford incident, it was becoming patently obvious to us at TELL MAMA that there were some individuals in Yorkshire and the Midlands who were actively promoting anti-Shia rhetoric. In some instances these individuals have been quietly re-enforcing anti-Shia discussions fuelled by hatred towards Assad and the largely Shia-based military support network that is keeping his administration alive.

The first time I came across the Shia and Sunni fault-lines was in May 2013 whilst I was sitting in Edgware Road in central London. Prior to 2013, I had not seen much of a fissure between the communities, and there seemed to be an acceptance that they found common ground on issues such as Halal food preparation, countering anti-Muslim hatred, protecting places of worship etc.

However 2013 seemed to be a turning point for Sunni-Shia relations in the UK, as the Syrian war dragged on and Assad’s brutal repression of the mainly Sunni population started to appear on YouTube videos. Such readily available content no doubt fuelled public discussions in areas like Edgware Road.

Most conversations ended in a bout of shisha smoking, raised eyebrows and pats on the back, though it was clear that, however tentatively, positions were being taken and support bases tested. The conflict was beginning to have an impact here in the UK.

Sadly, there were people waiting to take advantage of these emerging religious and political divides. Keen to use any situation as an opportunity to promote extremism, Anjem Choudary and his motley crew descended on Edgware Road in July 2013.

Loudspeaker in hand, surrounded by young hotheads chanting anti-Assad and anti-Shia slogans, a few individuals decided that a group of men walking down Edgware Road were Shia. The resulting brutal assault on one of these men lead to over 10 separate cuts and bruises as he was mauled to the ground and hit with placards which Choudary’s group has previously used to demonstrate against the Egyptian Embassy in Mayfair.

A few days later, I met with the victim  and he started to tell me his story. He was a Shia and he was married to a Sunni woman. His children would be influenced by both Islamic traditions and he lived his life on the basis that sectarianism was a cancer that had continued to damage Islam and Muslim communities.

He made clear to me that the attack on him was not something that he held against the Sunni community, and he saw the attack for what it was. He believed that extremist groups were using the war in Syria as a means of opening up Shia and Sunni fractures and this was one way in which Choudary and his group were trying to attract new followers.

The war in Syria has therefore acted as a catalyst for those seeking to create and build divisions within Muslim communities. These divisions have also been manipulated and used by extremist groups who believe that Shia communities are heretics who should be eradicated through force of arms.

Yet we must also acknowledge that there has always been a small section within Sunni communities who have always taken a theological position that Shia communities are non-believers. A handful of them have been active promoting this rhetoric in the UK since before the Syrian war.

Finally, some of the people that I meet in Muslim communities believe that there is no problem and that ‘outside forces’ are at work trying to divide Muslim communities in the UK. The only forces that I see are extremists from within who seek to divide and who relish violence and confrontation.

Sadly, as long as the war in Syria continues, the risk to the UK will remain. The least that we can do is to counter and confront those who seek to sow the seeds of hatred within, to create the conflicts of tomorrow.