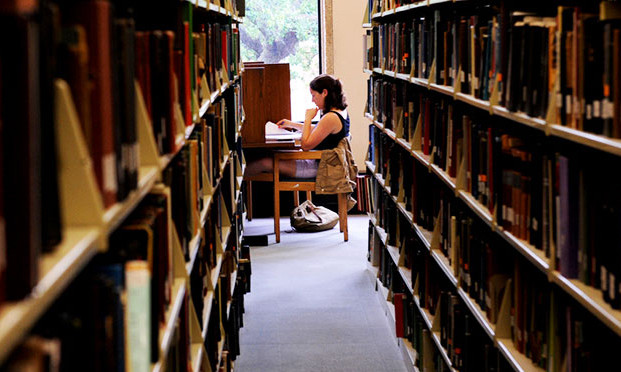 The chancellor has plans for higher education. Lots of plans, in fact, that when viewed individually sound almost reasonable. It’s only when you add them together that you realise how much trouble lies ahead for our universities and their students.

In the summer budget, George Osborne announced that the upper limit on tuition fees that universities can charge will be linked to inflation for those institutions that offer high quality teaching. This is in contrast to current arrangements, where there is no provision for the maximum fee of £9,000 per year to rise over time.

So far, so reasonable, you might say. After all, why shouldn’t universities providing superior teaching be able to charge more than the rest? Surely it’s just a basic market mechanism. Like a ticket to see Tottenham Hotspur costing more than one to see Tunstall Town.

If we’re going to link tuition fees to teaching quality, though, then we’re going to need a way to measure the quality of teaching. And this is where another of the government’s ideas comes in. The teaching excellence framework (TEF) was promised in the Conservative election manifesto and announced by universities and science minister Jo Johnson in early July.

The TEF will include a range of ‘outcome-focused metrics’ to assess universities’ teaching performance. It will also, says Johnson, provide ‘incentives’ to improve teaching. And while he stepped back from claims in an earlier draft of his speech that this would include financial and reputational incentives, the chancellor has now made this link explicit.

This new approach has already drawn comparisons with its much maligned counterpart, the research excellence framework (REF), a six-yearly £246 million exercise that is used to determine how £1.6 billion of the government’s higher education research budget is allocated.

But while Johnson claims that he has no intention of replicating the individual and institutional burdens of the REF, this is not the main threat.

In his spirited defence of the research excellence framework, the University of Sussex’s James Wilsdon highlights what is actually at stake here. There is an inherent bias within HM Treasury, he argues, ‘against block funding allocations, particularly when expert peer review, rather than Whitehall edicts, control how the money is being spent’.

The TEF is not about raising standards, but about government control of the university agenda.

And it misses the point about where investment is required. As Lucy Haire from the Higher Education Academy argues on the Efficiency Exchange blog, investment in teaching improves student attainment, engagement and satisfaction levels and makes an institution better able to recruit students and staff.

So rather than allowing universities with high quality teaching to charge higher fees, we should be finding ways to channel more investment to those that are struggling to improve.

But this investment is becoming harder to find. The Higher Education Funding Council for England has recently announced that it is to cut its teaching grant to English universities by £150 million for 2014-15 and 2015-16. And with the chancellor looking for a further £20 billion of cuts across Whitehall, I suspect that this is far from the final word on the matter.

The chancellor’s plans are all based, though, on the logic of the market. Yet higher education is not just some other product or service, like a haircut or a car or a ticket to a football match.

Osborne argued in his budget speech that there’s a ‘basic unfairness’ in asking taxpayers to fund the education of people who are likely to earn a lot more than them. While I would very much hope that those entering university now will benefit from their studies financially as well as intellectually, we all have much to gain from our young people experiencing the very best higher education system that we can offer.

Because they are the doctors and nurses who will care for us in our old age. They are the scientists and engineers who will help us to build a greater world in which to live. They are the writers and artists who will inspire the generations who come after us. And we should provide them willingly with everything that they might need on the way. That’s my kind of plan.

Simon Perks is a writer, speaker and advisor focusing on public finance and the delivery of public services. Follow him on Twitter.