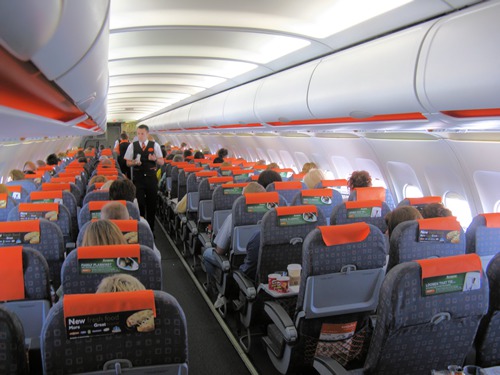 Easyjet cabin crew are to vote over the coming month on potential strike action this August.

Their dispute over the company’s offer of a small pay increase highlights some important lessons for building better businesses and a better society.

Firstly, that Unions have a vital role to play in addressing low pay and the gaping income gap between those at the top and everybody else.

These are problems that everybody wants to solve.

However the left might caricature the Tories, they’re not sitting in castles chuckling about inequality. Prior to the election David Cameron exhorted businesses to give their staff a payrise. Boris Johnson said this week that the top rate of tax should not come down without a significant increase in the minimum wage. He’s previously stated that we need to shake ‘the cornflake packet’ to ensure that everyone has the opportunity to get to the top, and has fulminated against the ‘extraordinary’ growth in income differences within British companies.

The problem is that merely talking about these issues – usually alongside implausibly optimistic platitudes about the role of education making things better in the future – will not improve the current pay and conditions of ordinary workers or achieve a fairer balance of incomes between those at the top and everybody else.

What is really needed – and even the International Monetary Fund and Hedge Fund billionaires recognise/fear this – is an empowered workforce, with trade union representation giving them the capability to secure a better deal for themselves, rather than hoping for a hand-out from their employers inspired by politicians speeches.

Easyjet workers are showing how workers can fight for a better deal; but it happens too rarely in Britain, where we have amongst the lowest level of collective bargaining coverage and worker participation in company decision-making in Europe.

The second lesson from the Easyjet dispute relates to excessive executive pay, and how it does companies no favours whatsoever. Research for the High Pay Centre found that industrial conflicts are more common in workplaces with bigger pay gaps. Easyjet CEO Carolyn McCall was paid £7.7 million last year, more than 150 times the average Easyjet employee. According to Unite the Union, many cabin crew staff get little over £10,000 as their basic salary and are reliant on bonuses and commission to top up their total pay package.

Mccall’s pay was cited by the Easyjet Union when rejecting the company’s pay offer, just as ITV staff brought up CEO Adam Crozier’s £8 million pay package when balloting for industrial action last year. It’s no wonder that this kind of different treatment for people who are working for the same company and contributing to its success proves irksome, increasing the likelihood of industrial conflict.

Easyjet has, of course, been successful, with pre-tax profits of over £500 million last year. But it’s legitimate to question the value of such successes to the wider economy, when a tiny number of people grab a disproportionate share of the rewards.

42 Responses to “Why the Easyjet pay dispute matters”