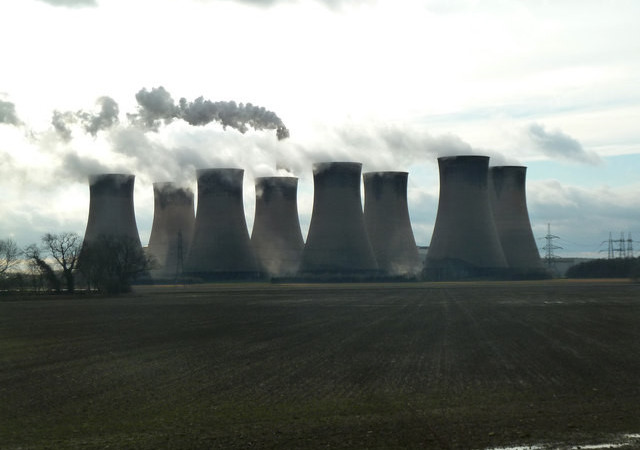 Amid swathes of bad news in today’s budget – the cruel cuts to tax credits, the lowering of the benefits cap and the handouts to the richest in the form of a raised inheritance tax threshold – there’s a cavernous, climate-shaped hole that should concern us all.

This comes just weeks after the government announced plans to end support to onshore wind – the cheapest form of renewable energy. This flies in the face of the Conservatives’ supposed desire to decarbonise power at lowest cost, and ignores the views of two thirds of the public who support onshore wind.

Osborne’s failure to put action on climate change at the heart of the budget is also bad economics.

Only yesterday, a coalition of leading UK businesses called on George Osborne to prioritise green investment and climate action, warning that the UK green economy is ‘at a crossroads’ without clear policy direction. In this context, the chancellor’s claim to have put in place a long term framework for investment in renewable energy bears no resemblance to reality.

A further call to action from the Global Commission on the Economy and the Climate, a heavyweight panel of experts, found that by building green cities, mobilising clean energy investment and other measures, governments can secure up to 96 per cent of extra carbon cuts needed to avoid dangerous global warming while reaping economic benefits.

It’s astonishing that this year, when the UK should be playing a leadership role at the crucial global climate summit in Paris, Osborne is risking both the UK’s reputation and the chances of meeting our own emissions targets.

We heard the usual rhetoric about the cost of energy to consumers; yet again not matched by action. If the chancellor was truly worried about fuel poverty and the cold homes crisis – which results in 65 people on average dying each day in winter – he’d be making energy efficiency the number one infrastructure investment priority.

If the Treasury can decide to allocate all revenue from Vehicle Excise Duty to spending on roads, it should instead be ring-fencing the taxes everyone pays on energy bills to invest in making all homes super energy efficient, starting with households on low incomes. This would be a job-creating, revenue raising, carbon-saving, economic and environmental no brainer, yet is nowhere to be seen in today’s Budget.

Even more urgently, the chancellor should be reviewing the billions of pounds of indirect subsidies to the dirty fossil fuel industry, tax breaks for fracking, and the vast sums of public money allocated to polluting, environmentally destructive high carbon projects such as new roads and runways.

Fossil fuel subsides are the scandalous public spending that should be cut – not support for clean, green, home-grown renewable energy.

The consequences of inadequate action on climate change are grim and will hit the poorest worst. But, as businesses and economists are increasingly explaining, ambitious action to tackle the climate crisis would utterly transform our economy, create decent jobs and lift people out of fuel poverty.

It’s a tragedy that this government looks set to let its obsession with spending cuts trump a commitment to investing in the long-term health of our economy and the stability of our environment.

Now, the need for the government to drag itself out of the dark ages and blaze a trail of low carbon leadership is more urgent than ever – for the sake of our economy as well as our climate.