A Labour party preaching anti-austerity might find self-satisfaction in being right, but it is naive to imagine that this will lead to victory 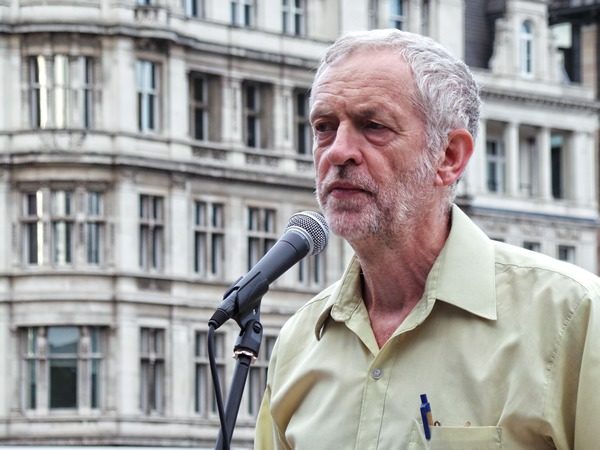 With Jeremy Corbyn currently ahead of his rivals in terms of CLP nominations, the Labour leadership contest has taken an unexpected turn.

Corbyn’s uncompromising ‘anti-austerity’ stance has certainly tapped into some Labour members’ discomfort with the direction taken by their party in recent years. If these misgivings predated the 2008 fiscal crisis, the resulting austerity effectively brought to a head criticisms many had of New Labour.

Indeed, one reason Ed Miliband won the leadership in 2010 was his promise to move the party on from the Blair-Brown years. Yet Miliband’s course disappointed many on the left who believe that by 2015, the man the right-wing press dubbed ‘Red Ed’ merely offered the country ‘austerity-lite’.

A Corbyn-led party seems to be popular with a significant number of Labour members, or at least with that minority who attend CLP nomination meetings; but how likely is it that it will resonate with enough voters to deliver victory in 2020?

Corbynites have a ready answer: if we say it they will come. According to them, a resolute anti-austerity position will draw back to Labour those who voted Green, SNP, UKIP, and perhaps even Conservative in 2015.

They also point to the large number of non-voters: apparently many of them told pollsters they would support Labour but somehow got lost on the way to the polling booth. Corbyn, so this argument goes, will give such people a positive reason to vote Labour.

This at least has the merit of being a coherent strategy. It is also an approach that has a long lineage on the left. In the 1970s it inspired those who wanted to wrest control of the party from parliamentary leaders they believed were mired in reformism, who cut government spending and allowed unemployment to rise in the seemingly futile attempt to make a flawed capitalist system work.

Why did Labour keep losing elections, they asked? Why was Thatcher riding high? It was because the party did not offer voters a decisive alternative. Corbyn was at that point a keen supporter of Tony Benn who argued that Labour needed to base itself in trade unions and community groups so as to inspire a rainbow coalition of the oppressed.

In 1981 Benn wrote that, due to influence the left exerted in the party by then,

“Election campaigns have become platforms from which democratic socialism can once again be preached, reinjecting into the consciousness of the people some of the values on upon which any society claiming to be socialist must depend.”

Corbyn in 2015 (like Benn in 1981) proposes what political scientists call a ‘preference shaping’ strategy. Instead of ‘preference accommodation’ – that is, finding out what voters want and trying to convince them Labour is best qualified to deliver it – the left wants to change what voters want, to persuade them that an anti-austerity party is in their best interests.

But how will a Corbyn-led party do this? Is an approach based on messianically ‘preaching’ the message and mechanistically ‘injecting’ the right values into people’s minds going to work in 2015?

Benn spoke at a time when half of those employed were members of a trade union, when talk of establishing workplace party branches seemed almost realistic. And still, Benn failed to generate much of a popular response.

But this is the same approach Corbyn appears to embrace, despite the fact that only a small minority attend meetings and demonstrations, most of whom will already be convinced of the need to oppose austerity.

Standing on a platform and shouting so that those at the back can hear might be part of an honourable tradition but it rarely works. Corbyn needs to do much more than this.

That the austerity message has become embedded is revealed by survey after survey. To take just one example: according to research commissioned by the TUC, 42 per cent of those who considered voting Labour in 2015 but who in the end supported the Conservatives did so because they thought Miliband’s party would spend too much money and could not be trusted to run the economy.

Individual elements of Labour’s 2015 programme were popular, policies a Corbyn party might well embrace, such as ending non-dom tax exemptions, imposing an energy price freeze, levying a mansion tax, introducing a real Living Wage and reducing university tuition fees. But in 2015 this wasn’t enough, because voters did not consider them to have a credible position on austerity.

If Labour come up hard against such views there will likely be only one outcome for them in 2020, and it won’t be pretty. ‘Shaping’ strategies rarely work on their own: it took the small matter of a world war to get Attlee into office in 1945. Yet the fiscal crisis of 2008, widely touted by the left as the moment when the people would finally abandon neo-liberalism, saw the majority move further to the right.

A Labour party preaching anti-austerity in such circumstances might find self-satisfaction in being right, but given what we know about public opinion it is naive to the point of irresponsibility to imagine this will lead to victory.

Most successful parties combine preference accommodation with shaping: they seemingly appease in order to ultimately change opinion. When he first became Conservative leader, David Cameron went out of his way to demonstrate he was in touch with the public: remember ‘progressive’ Conservatism? Since being in power, however, the Conservatives have assiduously shaped opinion.

Look at what Osborne has done with the Living Wage: he has taken a popular idea then used it against those who should have benefited in order to serve his wider neo-liberal agenda. Corbynites will hate to hear this, but New Labour did the exact same thing from a different political direction.

Blair was elected in 1997 promising to keep to Conservative spending limits, but won reelection in 2001 having convinced a once-sceptical public that a massive increase in government spending on schools and hospitals was actually ‘investment’.

Accommodate-to-shape is a difficult trick to pull off – and New Labour benefited from a discredited and divided Conservative government – but it is the only one that has any hope of working. With Corbyn’s three rivals offering variations on this strategy, he needs to indicate how – beyond speeches to already convinced audiences – he will engage with those who currently imagine some dose of austerity is necessary for their hopes of prosperity.

47 Responses to “The problem with the Corbyn strategy”