The very notion of public service represents principles which, in the current climate, are considered left-wing 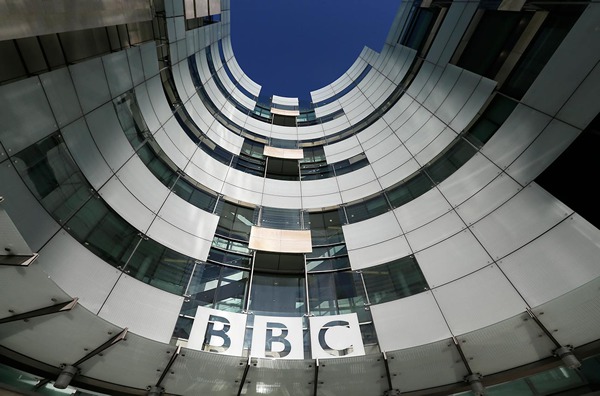 The BBC is routinely accused of ‘left-wing bias’ by media bodies and politicians who, we might say, exhibit a subtle bias of their own towards the right of the political spectrum. With the continuation of the BBC in its present form seemingly under threat, it’s worth thinking about what’s actually going on when this claim is made.

First of all, and before Guardian readers revolt, whether or not the BBC exhibits ‘left-wing bias’ is very much open to question. When one digs beneath the surface of all the partisan huff-and-puffery, one finds – as Owen Jones has pointed out in (yes) the Guardian – plenty of key BBC personnel with a conservative heritage, from Chris Patten to Nick Robinson to Andrew Neil to Robbie Gibb to Kamal Ahmed.

Leaving that aside, however: assuming the BBC does have some kind of left-wing tendency, so what?

Certainly, like other public broadcasters, in its presentation of news and political matters, the BBC must show due impartiality and give equal weight to divergent viewpoints. Nobody questions this.

Yet more broadly we must realise that the BBC exists as an instantiation of principles that, in the current climate, are generally considered left-wing.

Like the NHS and public universities (also threatened in their current form by the privatisation lobby), the BBC exists to serve the public interest in a way that market institutions – which must prioritise the commercial interests of investors and owners – tend only sto do econdarily.

Unbound by the need to deliver a financial return on investment, the BBC is free to pursue projects that may not have mass commercial appeal, but which have longer-term cultural value, or serve non-economic, social and civic ends.

This is borne out in many ways, from shows such as Question Time and the Today programme, to Test Match Special and Thought For The Day, to the huge contribution the BBC makes to the UK’s creative industries, often in areas that are overlooked by commercial competitors.

The simple fact is that, although the BBC has an absolute responsibility to be non-partisan in its presentation of political and topical issues, in its day-to-day operation it will naturally sit to the left of the political spectrum.

This is the kind of institution it is, and the kind of institutional culture it is required to have in order to fulfil its stated purpose, which is to prioritise public over private interest, culture and society over economy (the simple absence of adverts on BBC programming can be read as an acknowledgement that we are more than mere consumers).

It is unsurprising that the BBC’s major critics are its private commercial rivals – e.g. the Murdoch press – and representatives of a political agenda that has, since Thatcher, sought the mass privatisation of major public institutions. Is it not completely obvious what is going on here?

The ideals that the BBC embodies are an affront to those on the political right who, in thrall to an ideology of private enterprise, see little validity to public institutions and thus regard the license fee as an unjustified state intervention in the broadcasting market, and the BBC itself as a barrier to profit.

As so the real question underlying the future of the BBC is this: does our vision for society include, as it did for those who established the Corporation in its public-service form in the 1920s, major institutions that exist explicitly to serve the shared good of the nation, and are structured and funded in such a way that they are not subject to commercial constraint?

If it does, then this is a broadly ‘left-wing’ ideal, because it acknowledged the limits of markets; the BBC should rightly be recognised as a fulfilment of certain ‘socialist’ principles.

Yet these principles accord with many conservative values as well, whether of tradition, culture, beauty, or the need to conserve in the present what is best about the past (the business of conserving the past is not, after all, necessarily profitable).

In its current form, the BBC stands for nothing less than the defence of society itself, imagined as something more than a machine for economic growth. For the common good of the nation, it must continue to do so.

Dr. Simon Ravenscroft recently completed a PhD in philosophy at religion at Cambridge University, and currently works on the research staff at the Von Hügel Institute

37 Responses to “So what if the BBC is left-wing?”