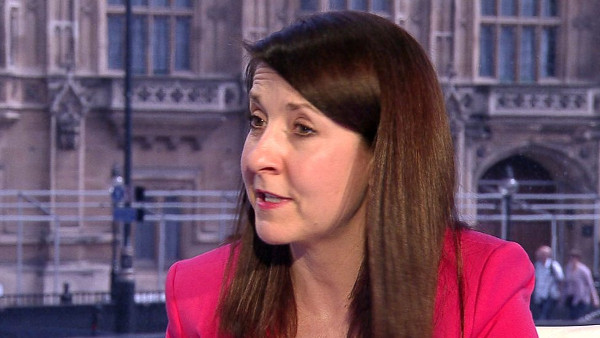 Liz Kendall gave a good speech yesterday, setting out more constructive, realistic yet genuinely radical priorities for Labour than many espoused to date, while also belying her reputation as the candidate for those who think one Conservative Party isn’t enough.

The most ‘interesting’ passage was on participation in workplace decision-making:

“Employees also need a stake and say in the companies they work for. Many employees will work for a company long after its shares have changed hands many times. They have a real long-term interest in the company’s performance – not just next month’s share price but next year’s investment and the year after that.

“Partnerships between employers and employees can improve the long-term prospects of companies with better productivity, training, and working arrangements. They recognise that employees have legitimate interests too – and can be a huge source of ideas, insight and innovation.

“In Germany and other European countries, there are significant rights for employees to be represented on company boards. So I want to see employees given a real voice in the workplace. Not just a single person on remuneration committees but a real voice in how their companies are run.”

Kendall strongly implies that as prime minister, she would mandate elected worker representation on company boards, a measure that Labour shied away from in government and that failed to make the manifesto under Ed Miliband.

The principle that workers are key stakeholders in any organisation and that their interests should be represented at board level is one of the key differences between the Anglo-Saxon approach to capitalism and the more stakeholder-oriented model found in Germany and the Nordic countries.

So recognising this principle would represent quite a fundamental shift in UK business policy, re-conceptualising what business is for and whose interests it is supposed to serve.

At the same time, it would be very difficult to caricature as being ‘anti-business’ given how well worker participation works in countries like Sweden and Germany, which compare favourably to the UK on many measures of economic performance.

Combined with formalised worker input into company decision-making, increased unionisation and collective bargaining coverage ought to put workers in a stronger position to demand a fairer distribution of pay within organisations, safeguarding against poverty pay at the bottom and executive excess at the top.

Without wishing to invest too much expectation in greater worker participation/democracy and increased unionisation, these objectives surely ought to be amongst the most important priorities for the centre left.

They are critical to addressing poverty and inequality, and surely more positive and inspirational causes for Labour than what is actually a very technical debate about ‘austerity’ and when and where it’s appropriate to run a public spending deficit.

That doesn’t necessarily mean that everyone should vote for Kendall – it is entirely possible that the other candidates will also set out positions around worker representation on company boards (indeed Jeremy Corbyn probably won’t want representation for anybody else).

But she has done a service by making these ideas part of the debate about what Labour’s priorities for improving the country should be.

37 Responses to “Liz Kendall shows her red side”