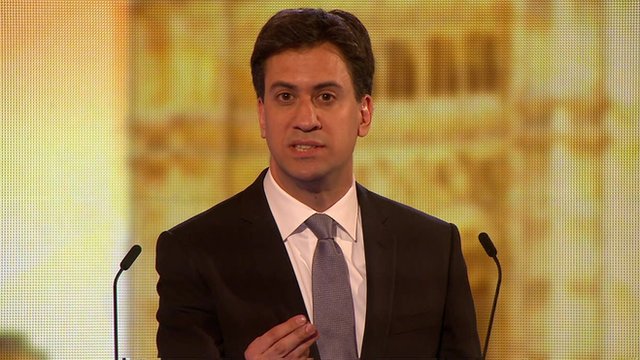 George Osborne is clearly a keen student of his namesake, Orwell, for the chancellor effectively controls Labour’s past.

Osborne’s big lie – that Labour’s over-spending caused the deficit – has been coupled with effective slogans about maxed-out credit cards, and failing to fix the roof while the sun was shining. Those spouting this rhetoric were given the perfect prop in the form of Liam Byrne’s infamous note.

Labour lost, in part, because its reputation for ‘governing competence’ never recovered from being in office during the global financial crisis of 2007/8. Polling carried out the day after this election found that 57 per cent of voters thought the Tories competent.  Only 31 per cent thought the same of Labour. As the Tories found after Black Wednesday in 1992, when sterling was ejected from the ERM, a reputation for economic competence, once lost, is hard to regain.

In the debates swirling around the Labour leadership election there is talk of a need to ‘own the future’. No doubt this is true. But Labour must also win the battle of the past.

It was the global financial crisis that caused the deficit, not Labour over-spending. But the Tory government is intent on misrepresenting the past. Our attempts to point out that spending on hospitals didn’t cause the crash, or that Spain ran a budget surplus before it too was hit by a financial tsunami, have hitherto been in vain.

It will take sustained effort but even from opposition it is possible for the Labour party to regain its reputation for, dare I say it, prudence.

To do so we must stop relying on pledges to meet fiscal targets. We promised to balance day-to-day current spending as early as possible in the next parliament. While this seemed sensible enough for a government-in-waiting, it was vague enough to annoy the Institute for Fiscal Studies (IFS) and obscure enough to lead to puzzled faces every time I tried to explain it on the doorstep.

In an age when politicians’ pledges are widely disbelieved, a promise to eliminate the current budget deficit simply did not cut through with an electorate who hold quasi-folkloric doubts about Labour’s fiscal record. Not even pledges in stone could counteract the more resonant fact that Ed Miliband forgot to mention the deficit in his conference speech.

We urgently need to reframe the debate away from public spending to volatile tax revenues. It is both true, and less damaging, to admit that all of us (including Labour, the Tories, and even the saintly IFS) failed to anticipate the financial crisis and therefore, with hindsight, were guilty of relying on over-optimistic estimates of tax revenues.

Just before the crash the IFS and Treasury projections of future tax revenues were virtually identical. Meanwhile, in 2007 the Tories stated that they would ‘share the proceeds of growth’ and committed to matching Labour’s spending plans until 2011. When the crash finally came it wiped out about £14 billion of direct tax receipts from the financial sector, and the knock-on effects on tax receipts from the real economy were much larger.

Once the problem has been correctly identified as volatile tax revenues, we need to provide a solution. Faced with rollercoaster receipts from the sale of oil or copper, countries such as Norway and Chile create revenue stabilisation accounts – designed to smooth revenues when commodity prices fluctuate.

Here in the UK it turns out that revenues from the City are also prone to wild instability – but over cycles that take decades rather than years. Labour should prepare for the next big crash by creating a Financial Services Revenue Stabilisation Account.

This ‘Rainy Day Fund’ would only be used in the event of a future banking crisis. It could be used for any purpose – recapitalising banks, or propping up the economy by cutting VAT, or paying nurses. Imagine if, on discovering North Sea oil, we had set some money aside for use in a future financial crisis – austerity could have been avoided after 2008.

Sweden, which has endured two recent banking crises in the early 1990s and 2008, recently established a Stability Fund – with a remit limited to supporting banks in the event of a future crisis.

Where should the money come from? Well, we could do worse than slowly diversifying the UK taxpayer investment in our banks, selling off shares in Lloyds and RBS over time and investing in other assets. My personal preference would then be to pay off some of the immediate structural deficit with a one-off wealth levy on the unearned wealth of the top 1 per cent.

Once a current balance is achieved, small slivers of future tax revenues should be put aside into the fund when times are good. This is a long term project: remember that the enormous Norwegian oil fund existed on paper only for six years after it was established in 1990.

Finally, Labour has to convey that it has the discipline to shift government expenditure from day-to-day spending on items such as Housing Benefit towards investment in assets that will benefit future generations – infrastructure, science and technology, education and raising our skill levels, particularly of our poorest children.

Bickering about whether Labour overspent in the years before 2010 is to fight on Conservative territory. Labour should instead be telling the electorate about what it will do about the cause of the deficit – an unbalanced economy and tax revenues which collapsed after the global financial crisis.

When we’re accused of not fixing the roof when the sun is shining we need to respond with our rainy day fund. Until Labour can talk about the past with confidence, we will not be trusted with the country’s future.

Nick Donovan is campaigns director at Global Witness and former assistant director of the Royal British Legion. He is co-author, with Victoria Barr, of A Rainy Day Fund:Why Britain needs a financial sector revenue stabilisation account. He writes in a personal capacity.

8 Responses to “How Labour can win back its past”