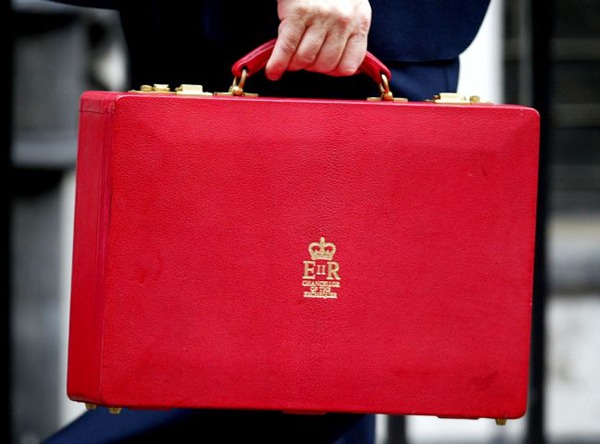 George Osborne reiterated in today’s budget his desire, once he has eliminated the fiscal deficit, to lock the UK into running a budget surplus year after year (unless the economy is in recession or growing by less than 1 per cent) in order to bring public debt down rapidly. Surpluses are necessary, he argues, because the current level of debt is unsustainable.

This is debateable, not least because the government is currently able to borrow at zero cost in real terms. More likely, the chancellor is once again looking to embarrass Labour into either supporting him or being portrayed as the party of large budget deficits and uncontrolled government spending.

Political games aside the ideas that the government should be aiming over the longer term to reduce the ratio of public debt to GDP, and that it should eventually run small surpluses in some years, are sensible ones. However, the details matter too.

A key issue in the current circumstances is how fast it is sensible to plan to bring debt down. The chancellor’s overworked ‘fix the roof when the sun is shining’ analogy and his proposed fiscal rule requiring a budget surplus suggest he believes it is optimal to do so at a rapid pace.

But there are risks to this approach. In particular, it could be self-defeating if economic growth and thus tax revenues are held back as a result.

Placing fiscal policy in a straitjacket ignores what is going on in the rest of the economy. The budget deficit is not just determined by government decisions over tax and spending; it also depends on what households, firms and the rest of the world are doing.

The government’s deficit soared in 2008 and 2009 because households increased saving and cut back their spending, plunging the economy into a deep recession. The OBR latest forecasts show the remaining fiscal deficit can be eliminated while the economy continues to grow over the next few years only if households save proportionately less and spend more; and if the rest of the world buys more of our exports, reducing the external deficit.

If households and overseas buyers do not oblige, but the chancellor still aims for a budget surplus, growth will stall, government revenue will undershoot and he will miss his target anyway.

Rapid debt reduction could also place an intolerable strain on public services. The chancellor’s tax lock (which prevents increases in income tax, national insurance and VAT rates) and promise to increase personal tax allowances make it very hard to increase revenues. Combine this with a budget surplus rule and public spending will inevitably have to be cut sharply.

This bias towards spending constraint will create serious problems, if not in the next few years, most certainly in the 2020s. As Britain’s population ages and more resources are needed to deal with the problems this creates, vital services like the NHS could be underfunded. And if they are given additional resources, other areas of spending will come under intense pressure.

Requiring a surplus on the overall budget – so that debt falls in nominal terms – rather than on the current budget, which would still allow debt to fall in relation to GDP, also carries risks. Investment spending is constrained and – as past governments have shown – the initial temptation when spending needs to be cut is likely to be cut it first.

Another issue is the flexibility that is built into the system. If deficits are only permitted in a recession or when growth is less than 1 per cent, a future government could be forced to cut public spending (or increase taxes) sharply in the early years of an economic recovery, even though there is plenty of spare capacity in the economy. It would be far better to determine when to run a surplus by reference to how close the economy is to full capacity, rather than its growth rate.

So George Osborne is right to be thinking about what comes next – though arguably he is being a bit premature because he still has a lot of deficit reduction yet to achieve and his track record on this front is not great. He is also right to say that reducing the debt ratio should be central to future fiscal rules, as IPPR has also argued here.

But fiscal rules have to be designed in a way that sets an appropriate pace for debt reduction given what is likely to happen in the rest of the economy, ensure there are sufficient funds for vital public services, and build in enough flexibility to allow policy to be eased when the economy is weak but constrains it to be tight when the economy is doing well. The chancellor’s current plan appears unlikely to fit the bill.