Worried about privatisation? What to watch out for in Wednesday's budget 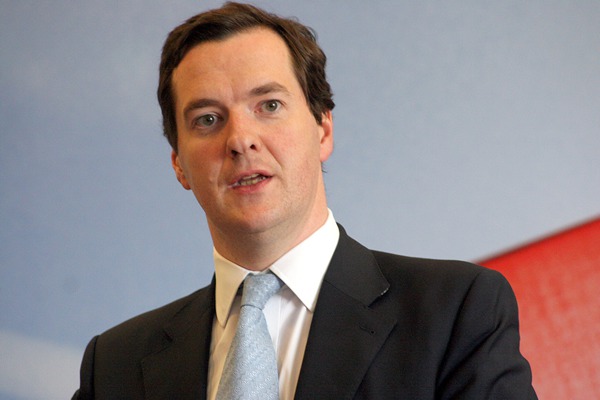 We don’t know exactly what he’s planning. But we do know he seems to be in a hurry to sell off our public services to the private sector as quickly as possible.

That’s why we’ve launched our Top Trumps campaign to draw attention to some of the great public assets that we believe are on Osborne’s hit list. If it has a proud history of success, provides a vital service and makes a profit – we’ve got to keep a close eye on it. The chancellor is probably about to go in for the kill.

1) In May, Osborne announced that he would be selling off £23 billion of our public assets at a CBI dinner. The government is creating a new company to streamline the privatisation process: UK Government Investments (UKGI). UKGI brings together UK Financial Investments (which includes government shares in Lloyds and RBS) with the shareholder executive. The Shareholder Executive is in charge of a portfolio of government owned or part owned businesses, including the Met Office, Ordnance Survey and the Royal Mint, amongst many others. We don’t know for sure whether all or just some of these assets are up for grabs.

2) Under the coalition government, the Liberal Democrats held back some of George Osborne’s plans to sell off public assets. Vince Cable vetoed plans to privatise Channel 4, the Land Registry and the rest of the student loan book.

3) Mark Russell, the head of the Shareholder Executive, is on the record as saying ‘only one or two companies’ owned by the government will never be privatised and that the government is looking at wholly or partly-privatising Companies House, the Land Registry, the Met Office and Ordnance Survey over the lifetime of this parliament.

“Mr Russell makes clear that, unless there is a policy reason for government to own a business, it should look to divest its shareholding if it can realise value for money,” the FT reported. Meanwhile, private investors are already starting to eye up the potential of our profitable public assets.

4) The chancellor has already said that he is selling off the remaining public shares in RBS, and Lloyds. Business secretary Sajid Javid recently announced plans to privatise the Green Investment Bank, and the press is now reporting that privatisation of Channel 4 is back on the table.

5) We know George Osborne won’t wait for our permission or consult us. He doesn’t seem to mind what the public thinks. This government has already sold off a whole range of our services including Eurostar, the search and rescue service, blood plasma – not to mention opening the doors for wholesale privatisation of the NHS and encouraging councils to outsource as much as possible. We know we’ll be the last to hear about our services being sold off. Did you spot George Osborne selling off 15 per cent of Royal Mail shares overnight to bankers? It’ll happen again.

When Osborne goes in for the kill on Wednesday, let’s be ready. Ready to explain why he’s wrong. Ready to fight back. Let’s tell the positive stories about public institutions working well in our hands, making a profit and doing fantastic work.