Pensioners outside banks, a spike in suicide rates - why on earth would any country want to stay part of an EU that allows this? 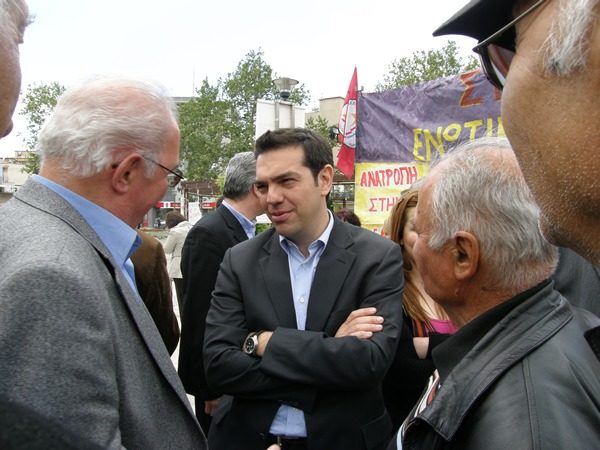 When the Greek prime minister Alexis Tsipras says he does not agree with the third bailout plan, but will ‘implement it anyway’, the complete capitulation of a nation is for all to see. The Troika, which consists of the European Union, the International Monetary Fund, and the European Central Bank, have enforced terms which also serve as a veiled threat to the rest of the EU. One has to wonder in whose interest the European Superstate really serves.

In recent days we have seen the financial and political elite of Europe humiliate Greece. Some may claim debt transgressions should not be looked upon lightly, but those who retain their humility would do well to remember the real origins of the crisis. We should also not forget the ironic twist in which Greece was a supporter of Germany’s debt relief after the Second World War.

Having such a huge mountain to climb in order to repay the €242 billion (£171.4 billion) to lenders, we should question what sections of its economy actually plug this hole? Balancing on the edge of a financial collapse, tourism and shipping remain vital to the survival of Greece.

The daily bombardment of grim news is already putting off money-savvy tourists visiting this once popular destination. The tourist industry alone makes up approximately 18-20 per cent of Greece’s GDP. Known for its ancient landmarks, sunny resorts and archaeological wonders, other spots in the Mediterranean are looking more appealing as measures from the Troika are spoiling its competitive edge.

It has come to a point where it is doubtful Greece’s infrastructure can support the intake of tourists. The limits placed on ATM machines has been widely reported, and while these limits do not affect foreign visitors at the moment, tourists have been advised to take the majority of their spending money in cash. Now the fear of being a target for criminals when carrying cash combines with the hazards of public strikes and demonstrations.

Despite claims foreigners will be fine, there have already been reports of visitors being unable to withdraw cash from banks as they run out of Euros, and hotels and restaurants not being able to import enough supplies, many businesses are simply refusing to accept credit cards.

In addition, the country is being subject to what equates to a cheap German auction of its ‘goods’. Up to €50 billion (£35.4 billion) of Greek government assets will be reinvested or sold off. Trapped into the Eurozone, the ability to devalue their currency is lost. Exactly how many investors are willing to pile their money into such risky investments is yet to be seen, and the signs do not look promising.

It appears a seemingly fiscally responsible Germany is blind to the effects of devaluing currency, as the Troika has just risen VAT levels by 10 per cent on basic goods. The VAT rate has now risen from 13 per cent to 23 per cent. Elsewhere, tourists will find comfort more elusive as restaurants, hotels and taxis are also incorporated into the rise. Such actions are fundamentally at odds with Greeks and tourists alike. In what conceivable circumstance will this help fill the 25 per cent unemployment gap?

A great source of pride is Greece’s world-leading shipping industry. Indicative of the counterproductive tax rates just hoisted on the tourism industry, levies are also being raised among ship-owners, with many threatening to relocate to a more business-friendly locale.

Estimated at 8 per cent of GDP, shipping proves too lucrative for the EU to leave alone, and more innocent bystanders are paying for the Eurozone’s mistakes. Greece needs innovation and private investment, not used as cannon fodder for the destructive Euro.

In a final bizarre episode, German visitors to the traumatised nation are currently increasing. Whether this is down to a subconscious guilt and apology for what their government has done to Greece is anyone’s guess…

Elsewhere, on the Greek island of Rhodes this week French tourists have sparked anger when they refused to pay to enter an archaeological site because they said, as taxpayers, they were already paying to bail out Greece. The group are reported object to ‘paying Greece twice’ to visit the ruins of Lindos. However, the Greek security guards told the French media: “We are frankly quite offended at their refusal to pay. They said they had already paid our country once, so had a right to enter where they liked. This is an ancient site, and the entry fee is used to keep it preserved for today’s visitors, we hope for a long time to come.” The French were turned away!

The current state of affairs is astonishing. One would be hard pressed to make it up. Having been forced to accept and spend large amounts of cheap Euro credit, the moment it goes wrong consumers are forced to pay up. Crying pensioners outside banks, a spike in suicide rates, the long-term damage of its tourism and shipping industries and reputation – why on earth would a country want to stay part of the arrogant EU superstate? It is because they are trapped, and have nowhere else to turn.

It is clear the EU project and its failed currency comes before the people – we must get Britain out of the EU as soon as possible.