A reformed EU must instil greater solidarity among its members 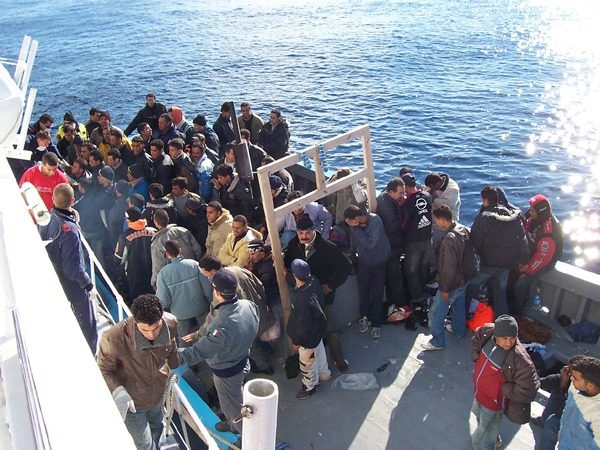 Events in Calais show that even the UK is affected by the exodus of migrants across the Mediterranean – many of those trying to breach port security have made their way to the French coast through Italy and Greece. Solutions to the situation in Calais (and Dover) also require EU-wide strategy and cooperation – something that has so far been lacking.

If EU-reform is needed, this is clearly one area where member governments could do far better.

The recent events are the latest in a long line of incidents that have taken place over the last 20 years, not just in Calais, but to a lesser extent in other channel ports. Migrants have been living in makeshift camps around the port since the mid-1990s. Solutions to this longstanding humanitarian and political problem have included a bilateral agreement signed in 2002 where a large shelter – the Red Cross’s Sangatte Centre was closed and in return the UK took Afghan migrants who had relatives in the UK.

Nearly 1,000 Iraqi nationals were also given work permits and admitted to the UK as part of the deal. Soon after, another Anglo-French agreement enabled UK immigration officers to work alongside the French at Calais, in juxtaposed border controls.

For a few months there were no migrants in Calais, but slowly numbers grew again, not only outside this town, but in other French and Belgian seaports. In 2009, interior minister, Nicholas Sarkozy, ordered the police to break up the camps. Within a month or so, migrant camps again appeared outside Calais.

The situation in Calais came to a head again in September 2014, when migrants tried to enter the port. The political solution – a £12 million grant from the UK to the French and a bigger fence.

Since then, migrant numbers have doubled in the ‘jungle’ shanties around Calais, the consequence of greater numbers of arrivals in southern Europe. We have witnessed scenes where hundreds or thousands of desperate people have nightly risked their lives trying to gain access to the port, Eurotunnel or waiting freight. Nine people have died this week, alone. The political solution advanced this time, after an Anglo-French summit – promise to detain and deport the migrants, a further £7 million to the French, an extra 120 police and an even bigger fence round the Eurotunnel.

No fence is impermeable and all that will be achieved by it is to displace the migrants elsewhere and probably temporarily. The conditions in Calais have their genesis far away – in migrants’ countries of origin, but also elsewhere in Europe. This issue, above all, requires an effective EU-wide strategy.

For many camp residents their point of entry into the EU was Italy or Greece, countries which by June had seen over 100,000 boat arrivals. The governments of these two countries are unwilling and unable to support such large numbers of people, thus there is little attempt to prevent migrants leaving Italy and Greece for northern Europe.

Those who now live in the ‘jungle’ at Calais are – in technical terms – a mixed migration flow. They include those fleeing armed conflict and persecution who should be granted refugee status, as well as those whose reasons for migration are primarily economic. Sorting out the genuine refugees from economic migrants would improve conditions in Calais by reducing migrant numbers at the port and enabling genuine refugees to be resettled elsewhere. The French police could then focus on dealing with those who do not qualify for refugee status.

But this would require an efficient and well-resourced asylum determination system, in France as well as Greece and Italy. But the Greek asylum system is so notoriously dysfunctional, with few places to lodge a claim and backlogs stretching back years.

The Calais situation also calls out for a European-wide refugee resettlement programme to share the responsibility for refugees and migrants more evenly. Arguably, the French, Greek and Italian governments have tolerated shanty settlements of irregular migrants because they hope that these impoverished people will eventually move elsewhere thus reducing the burden on these three governments. A Europe-wide resettlement programme would mean that France, Greece and Italy would have fewer incentives to do this.

In June of this year, an EU-wide migration summit agreed to a voluntary programme where 40,000 migrants would be move from Greece and Italy and be resettled elsewhere in Europe. A further 20,000 Syrians and Eritreans would also be resettled in Europe from camps in the Middle East. But Bulgaria, Hungary and the UK secured opt outs, although Hungary was arguably justified in asking for this, given that is has the highest number of asylum-seekers per head of population of any EU-country.

The comments of other eastern European countries were also uncompromising, with the Lithuanian President, Dalia Grybauskaitė reportedly telling the Italian government that she “could not care less about Italy’s problem”.

In the first quarter of this year there were 45 asylum applications in Lithuania, 335 in Romania and 1,440 in Poland. In comparison there were 7,335 in the UK, 14,770 in France and 73,140 in Germany, although the UK still takes in far fewer asylum-seekers per head of population than do most other EU countries.

The response of these Eastern European countries highlights the need for wide-reaching EU reform. Lithuania and Poland and Hungary have all benefitted from large amounts of development funding since joining the EU in 2004. Moreover their citizens have also migrated, in very large numbers to countries such as the UK, France and Germany.

But today Lithuania and Poland are refusing to take their share of refugees, as is the UK. A reformed EU must tackle this iniquitous situation and instil greater solidarity among its members.

Jill Rutter is a contributing editor to Left Foot Forward. This is the first of two blogs on the situation in Calais

5 Responses to “Calais: No fence is impermeable – only shared EU responsibility will end the migrant crisis”