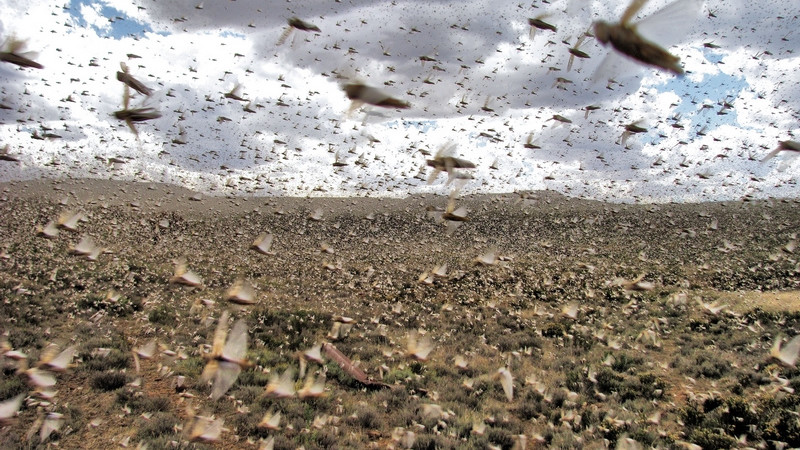 After our 5-step guide on how to demonise migrants based on techniques in the UK press, MediaWatch presents: A xenophobe’s lexicon.

Here’s what the words the press are using about the ‘migrant crisis’ in Calais, France, actually mean. (Definitions from the Oxford Dictionary website.)

1.1 An army or tribe of nomadic warriors:
‘Tartar hordes’

Swarm – 1. A large or dense group of flying insects:
‘a swarm of locusts’

1.1 A large number of honeybees that leave a hive en masse with a newly fertilized queen in order to establish a new colony. 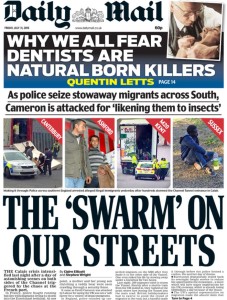 Invasion – 1.1 An instance of invading a country or region with an armed force.

1.2 An incursion by a large number of people or things into a place or sphere of activity.

1.3 An unwelcome intrusion into another’s domain. 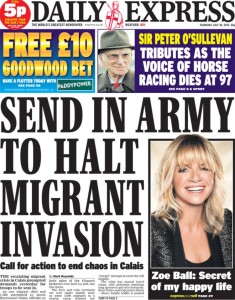 War zone – A region in which a war is being fought 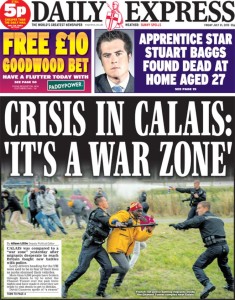 Jungle – 1. An area of land overgrown with dense forest and tangled vegetation, typically in the tropics

1.1 A wild tangled mass of vegetation or other things

1.2 A situation or place of bewildering complexity or brutal competitiveness

Used by: everyone as the de facto name for the ‘migrant camp’ in Calais

Siege – 1. A military operation in which enemy forces surround a town or building, cutting off essential supplies, with the aim of compelling those inside to surrender

Used by: today’s Telegraph, about the Channel Tunnel being ‘under siege’

Expect to be invaded by the Tartar locust hordes from the French jungle war zone any minute now. (Cue: Ride of the Valkyries.) 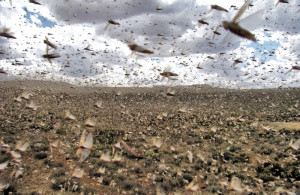 15 Responses to “A xenophobe’s lexicon: anti-migrant language in Calais coverage”