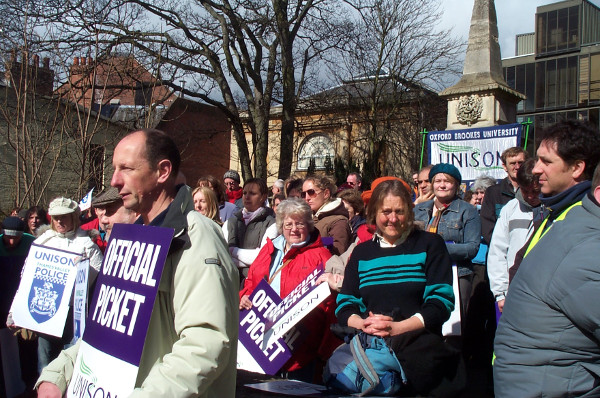 The Tories’ Trade Union Bill is an extraordinary attack on the human rights of working people. Only Labour can stop it, but some in the party will fear a confrontation over workers’ rights. It’s vital we don’t let that fear get the better of us.

The Trade Union Bill will make strikes for public sector workers impossible unless 40 per cent of workers eligible to vote favour industrial action and the voter turnout reaches 50 per cent.

In addition, in the unlikely event of a strike, the plans would make it easier for employers to hire agency staff, making industrial action ineffective and making collective rights redundant.

It’s ironic that a Tory government that won only 37 per cent of the vote wishes to implement such a law.

If democracy in the United Kingdom was held to the same standards, no government would be elected. The Conservatives won the most recent election with 37 per cent  of the vote and in 2010 won 36.1 per cent and managed to form government.

Yet the same percentages would not provide a mandate for public sector strikes. This intrinsically flaws the proposal.

This will compromise the right of a group to take collective action to pursue the interests of its members.

Labour should always be a broad church, but we should also continue in our tradition of fighting to preserve the protection of workers when they are at their most vulnerable.

Workers’ rights are human rights and this is just another proposal for legislation that is consistent with the Conservative’s anti-human rights agenda. In fact, it is very much linked to the Tories’ attack on the European Convention on Human Rights (ECHR) and the Human Rights Act.

The ECHR protects the rights of workers under freedom of association. In a case a few years ago involving the Turkish government’s ban on public sector strikes, the European Court of Human Rights used the ECHR to declare the law incompatible with Turkey’s human rights obligations.

The European Court of Human Rights may therefore have a mandate to intervene against the Conservatives’ anti-strike proposals. Aware of this, the Conservatives have developed what looks like a deliberate and calculated plan to assault workers’ rights and undermine the ECHR at the same time.

The Labour Party must not be afraid to challenge the Tories’ or appear to be seen too left-wing on the issue of human rights. Regardless of the election defeat or a future policy supporting aspiration, Labour must maintain its position to protect the fundamental human rights of workers in the United Kingdom.