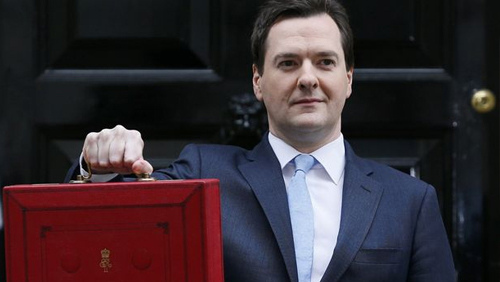 Today’s right-wing newspapers commit sins both of commission and omission. What they do and don’t say about economics today is very revealing.

First, the omission. As Left Foot Forward reported yesterday, along with the Guardian, the Economist and others, the International Monetary Fund has published a report arguing that focus on cutting national debt rather than investment can do more harm than good. It said a bit of debt won’t actually hurt your economy, and will naturally be swallowed up by investment-led growth.

Predictably, since this strikes to the root of the Tory government’s rationale for its economic policies over the past five years, (and for the five to come), the paper has been ignored by today’s right-wing print newspapers.

Whereas, if the IMF paper had endorsed government policy, you can bet it would have been covered. We don’t need to speculate. In 2011 the Telegraph’s reported: ‘IMF backs Osborne’s deficit reduction plan‘.)

Failure to cover the IMF report today is a real betrayal of the reading public. This is how the pro-austerity consensus on the economy is maintained, and used to justify government spending cuts.

So to the sins of commission. What today’s press did do is cheer on chancellor George Osborne’s announced £3billion of ‘savings’, which include massive cuts to to health, education, local government, justice, welfare, and the home office.

The Express said: “Mr Osborne is displaying the zeal and commitment to slash public sector waste…”

The Mail called the cuts ‘a first-class start’ to ‘clearing up Labour’s awesome financial mess’.

“Those angrily complaining about the supposed scale of this latest round of austerity should relax.”

In fact, the only cut the papers seem to be upset about is the £500m cut to the defence budget.

The Sun called the move ‘totally unacceptable’ and a blow to troop morale, while the Telegraph said ‘cutting defence spending could be a terrible mistake‘. The Express called the decision ‘disappointing’ and ‘crazy’ while foreign aid was increasing.

The Sun didn’t even mention most of the cuts, reporting only £500m from defence, £450m from ‘non-school’ education and £200m from transport.

Taken together, these two decisions by the Tory press involve the suppression of information of public interest, the promotion of one economic view above others, and a tight group think across most of the print media, with a view to controlling and influencing public opinion.