Don't be fooled: Iran and the West don't have common interests when it comes to defeating ISIS 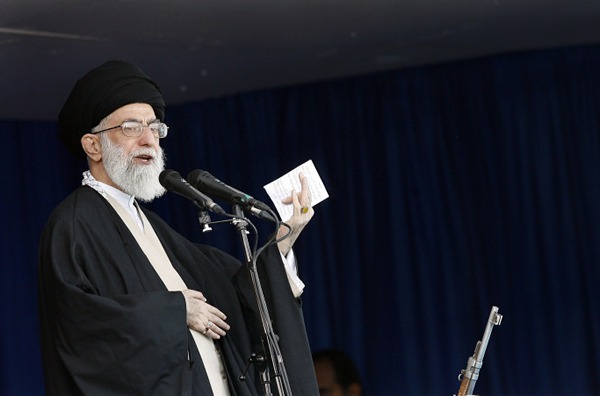 In the Guardian this morning, Jonathan Steele has written an article defending President Barack Obama’s Iran policy. Steele allows others to make his points for him, but he contributes to a narrative in which rapprochement with Iran is a worthy policy – even as the President formally denies that the Iran negotiations are about anything other than the nuclear-weapons program.

“In Iraq, [Iranian officials] insist, Iran is a force for stability, helping [Iraqi prime minister] Haider al-Abadi’s government militarily while urging it to be more attentive to Sunni concerns – just as Washington is,” Steele writes.

This is nonsense. In 2008, after the US ‘surge’, violence in Iraq was down 90 per cent, and the political process had begun to work. This was achieved by separating the Sunni Arab tribes of western Iraq from al-Qaeda in Mesopotamia (AQM), the forerunner to the Islamic State (ISIS).

The tribes were beneficiaries of Saddam Hussein’s regime and had resented their loss of income and status; they had also feared domination by Iraq’s Shi’a majority and by Iran, and looked on AQM/ISIS as a means to restore their power in Baghdad.

Realising their error, the tribes rose against AQM/ISIS, and with US support, the tribal militias secured order in their own districts, providing security against the Salafi-jihadists and majoritarian persecution. The US ensured the Sahwa (Awakening) militias were kept supplied and that the Shi’a-led government was protected from the Sunni militias launching a coup.

With the US withdrawal at the end of 2011, however, the then-prime Minister of Iraq Nouri al-Maliki was able to consolidate a sectarian autocracy that was increasingly dependent on Iran. Maliki witch-hunted the Sunnis out of the government, violently suppressed a Sunni protest movement, and drove the Sahwa to destruction, opening a security vacuum that ISIS filled.

Given that Iran was complicit in restarting the Iraqi insurgency, it seemed unlikely it was the solution, and so it has proven. Iran’s intervention in Iraq since ISIS invaded in June 2014 has largely been through al-Hashd al-Shabi, a conglomeration of Shi’ite militias, many of which are direct proxies of Iran’s Islamic Revolutionary Guard Corp (IRGC). The Hashd has led the pushback against ISIS in Iraq, and has committed terrible atrocities along the way.

Iran is near-incapable of projecting conventional force, so has to work through sectarian asymmetric structures like the IRGC’s external operations unit, the Quds Force, and the Hashd, which actually push more Sunnis into joining ISIS.

In short, Iran could not – even if it wanted to (see below) – destroy ISIS. Unfortunately, Iran’s militias have received US air support anyway, furthering the ISIS ‘narrative that the Iranians are leading a Shiite conspiracy to take over the Middle East and that the US is complicit in this plot’, which of course makes more Sunnis look to ISIS for protection.

Steele adds that in Syria, ‘Iranian decision-makers argue that their policy is … to defend a multicultural state against attack from Islamic nihilists’. Iran, says Steele, does not provide ‘unquestioning support’ for Bashar al-Assad, but wishes for ‘negotiations to produce a coalition government that includes the moderate Sunni opposition’. This is either hopelessly naïve or outright propaganda.

The myth of the ‘secular’ Assad regime just will not die, but the regime is a sectarian one. Assad relied from the start of the uprising on inciting a sectarian war to frighten the minorities into rallying around the regime – effectively to provide the Assad clan and its retainers with human shields to protect its spoils system. As a defected Syrian diplomat has explained:

“Assad first changed the narrative of the newborn Syrian revolution to one of sectarianism, not reform. He then fostered an extremist presence in Syria.”

The evidence of the Assad regime helping empower extremists within the insurgency is overwhelming. The intention was to prevent international help to the rebellion and perhaps even draw in international support to put down the insurgency; it has essentially worked. Assad has always been reluctant to attack ISIS, and with the US striking at ISIS, Assad is free to try to finish-off the moderate rebels, and vindicate his narrative – it’s the dictator or the jihadists.

At every stage Iran has supported Assad. In May 2011, two months into the uprising, the United Nations reported that Iran was arming the Assad regime. Lebanese Hizballah, the Mediterranean branch of the IRGC, was in Syria providing snipers against the protesters.

It was in response to this violence that the peaceful demonstrators took up arms in late 2011 to defend themselves, after 5,000 Syrians had been killed.

In 2012, with the Assad regime reeling, Iran orchestrated a Shi’ite jihad, moving tens of thousands of foreign Shi’a jihadists, mainly from Iraq but from as far away as the Ivory Coast into Syria, which saved the regime. Iran concurrently constructed a sectarian militia, the National Defence Force (NDF), from the Assadist paramilitaries.

The NDF is effectively all that is left of the Syrian State and it is under Iranian direction. This strategy has recently hit its limit, and the Assad regime is now retrenching, but Iran has erected structures in Syria that have made its so-called Resistance Axis ‘more integrated and capable’ across the Middle East.

Iran did not go to all this effort in Syria to hand over to an elected government, since a free election in Syria would undoubtedly result in a government hostile to Iran.

Steele’s knock-down argument is that ISIS is ‘a national security threat to Iran’, and thus there is a commonality of interest with the West. This argument is commonly heard and is dangerously wrong.

Leaving aside the fact that Iran has supported ISIS when it has suited its purposes and has a long relationship with al-Qaeda and other Sunni terrorists like HAMAS: Iran has no interest in pacifying the areas currently under ISIS’ ‘caliphate’. Iran could not rule over all those Sunnis anyway, and Iran already has control of the Iraqi security sector and Syrian western corridor, keeping open the lifeline to Hizballah that allows Iran to deter Israel and organise terrorism globally.

While ISIS creates chaos Iran has the weak, decentralised neighbours it always wanted. Moreover, the ISIS threat keeps the governments in Damascus and Baghdad pliable: whatever doubts they have about Iranian colonisation are silenced when the alternative is extermination.

Steele says that the negotiations with Iran could bring about ‘a historic compromise’. It is true that the intention of the Obama administration has turned from disarmament to détente, but the result will not be the ‘stability’ that Steele (incredibly) suggests is a ‘basic principle of Iran’s foreign relations’.

Throughout this negotiation process the result of trying to make Iran into a partner against (Sunni) terrorism by enabling its imperial march across the region has been more terrorism, and the attempt to advance counter-proliferation by conceding to Iran greater and greater nuclear capabilities has set the stage for region-wide proliferation. There is no reason to think that more of the same policy will produce a different result.