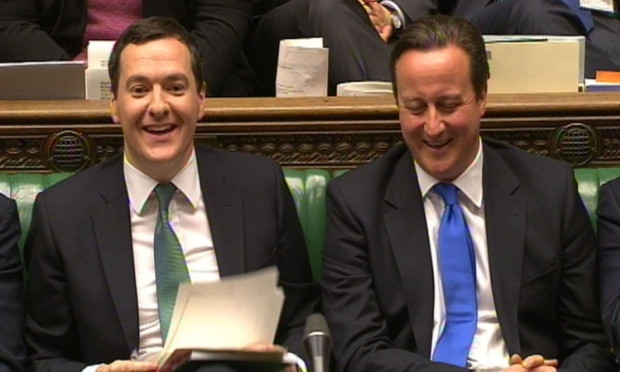 Prime minister David Cameron was wrong to claim during today’s PMQs that the majority of Mediterranean migrants are not asylum-seekers.

Cameron’s comments came in answer to a question from SNP MP Angus Robertson about the UK’s refusal to take part in an EU refugee quota system. The SNP leader in Westminster called it a “stain on the conscience of Europe”.

In response, Cameron said the majority of refugees making their way to Europe via the Mediterranean were economic migrants and that European authorites needed to go after the people traffickers bringing them to European shores.

“We have an asylum system in this country when people are fleeing torture and persecution. The vast majority in the Mediterranean are not asylum seekers but people seeking a better life,” Cameron said.

But according to human rights group Amnesty International, the largest group by nationality attempting the Mediterranean crossing in recent months have been refugees from war-ravaged Syria.

Last year Eritreans and Syrians alone amounted to nearly 50 per cent of those boarding boats in the Mediterranean. According to the EU’s frontier agency Frontex, Syrians and Eritreans accounted for 46 per cent of the 170,000-plus people who reached Italy by boat in 2014. Eritrea has been described as ‘Africa’s North Korea’ due to its repressive and isolationist government.

“At least half of those risking their lives in the Mediterranean are fleeing persecution in places like Syria, Eritrea and Somalia.

“We all know that PMQs is a political knockabout, but the Prime Minister has a duty to stick to the facts – not least on an issue where tens of thousands of people’s lives are at stake.”