Even before the worldwide financial crisis, Greece had a debt-to-GDP ratio of over 100 per cent 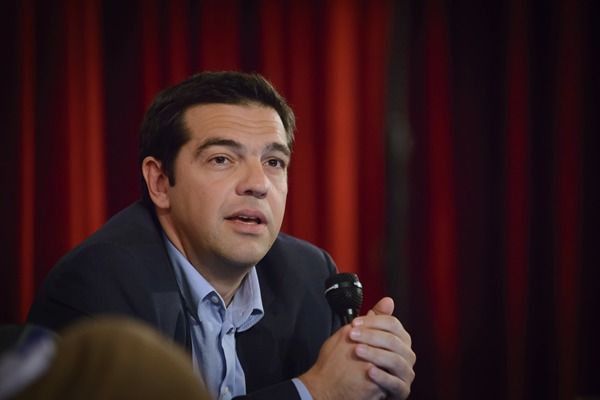 It seems that there are just hours left to avoid a drastic situation in Greece.

At first sight, the natural sympathies of many people, especially on the left, will be with Greece. Is this not a plucky little country, standing up to the IMF and the richer eurozone countries to oppose austerity politics? And there can be nothing but sympathy for the plight of ordinary Greek citizens after a big drop in their standard of living, high unemployment and cuts to even basic public services.

But anyone who has actually looked into the figures and the details of this ongoing saga will know that it isn’t so simple.

Even before the worldwide financial crisis, Greece had a debt-to-GDP ratio of over 100 per cent. It had fiddled its books to disguise the size of its deficits — not least when it applied to join the euro.

Unlike many other highly indebted countries, Greece’s massive debts really were caused by profligate spending combined with very widespread tax evasion (the latter of about €20 billion a year!)

Deficits and debts of this magnitude are not a matter of Keynesian fine-tuning or counter-cyclical balancing. And there was little choice but to address them: this would have had to be done whether Greece was in the euro or not, in the EU or not.

I recently travelled from Bulgaria to Greece. Crossing the border was to go to a country with a visibly higher standard of living. But too much of that differential was engineered by the government borrowing money to pay higher salaries, and not for investment. Over the first decade of this century, unit labour costs rose by over 30 per cent in Greece (compared to 5 per cent in Germany). For public employees, this was even more striking: up 117 per cent! It is not surprising that, as a result, prices in Greece rose by 30 per cent above the eurozone median — a massive divergence of competitiveness. By 2011, Greece had a current account (trade) deficit of 9 per cent of GDP.

Continuing to finance this by borrowing meant Greek public debt was well over 100 per cent of GDP even before the world financial crisis hit Europe in 2008. By 2011, it had shot up to 170 per cent of GDP (€355.141 billion). On the markets, no-one would lend to Greece at normal rates as the perceived risk of default rose.

So Greece asked for bailout loans from the IMF and from other eurozone countries. It was given the largest ever loan of this kind in history: long-term (30 years), low-interest (1.7 per cent) loans destined to give it time to turn the corner. It also negotiated the biggest debt restructuring in history, with the private sector writing off nearly half of Greece’s debt. Without this help, the plight of Greece would be far worse. Far from imposing austerity, European solidarity actually attenuated the pain — a point often ignored!

Greece now has a primary surplus and did at last return to growth, after six years of economic decline, in the second quarter of 2014 – and was the eurozone’s fastest-growing economy in the third quarter of last year. It pays 40 per cent less interest on its loans than it did in 2010. Before Syriza came to power early this year, it seemed that Greece had at last turned the corner.

Asking for more assistance does not go down well with the fellow eurozone members helping it out who have a lower standard of living (Slovakia, Latvia, Lithuania, Estonia).

Certainly, the way that deficits were eliminated left much to be desired. The thrust was on cutting expenditure, while the ultra-rich continued to avoid paying extra taxes. A gigantic defence budget (one of the highest in Europe as a percentage of GDP) was scarcely pruned as the military establishment protected its own.

Above all, many Greek politicians presented unpopular measures as impositions from Brussels or Berlin, as if they would not otherwise have happened. The instability of the Greek political system – now on its 6th government in 6 years – and the failure of its leading figures to take responsibility has, of course, not helped.

Unfortunately, Syriza is one of the culprits in that respect. Hopes that, as a left wing party, it would root out tax evasion and tax privileges, were dashed. It formed a coalition with a far-right party. Its talks with its creditors have seen wild swings in its positions from one day to the next — and from one minister to another. Just as agreement was hailed as near, new demands appeared at the last minute.

And now the latest twist: a referendum on the terms of the latest offer from Greece’s creditors, with the government urging people to reject it, but with no clarity of what is the alternative. As the Greek newspaper Kathimerini puts it:

“Prime minister Alexis Tsipras decided to shy away from his historical responsibilities and shift the burden of failure on the shoulders of the Greek people.

“One would have at least expected that the burden of the decision would have made this address more profound and cautious … we heard nothing of that kind. What we got was gibberish, topped off with nationalist populism, typical of the speeches heard in university amphitheaters … The shock decision was announced without any previous preparation. Not even the address had been prepared … The Greek people are expected to make a decision about the future generations in the space of one week. They will hardly have any time to read the question.”

If Greece were to default, it would not necessarily lead to Greece leaving the euro any more than California defaulting means it leaves the dollar. In any case, if it left the euro and set up a new national currency, the latter would presumably devalue substantially, thereby increasing the size (in its own currency) of the debts. Greece imports most of its food and nearly all its energy, so a devalued national currency could double the costs of such necessities, with dramatic social consequences. And even preparing for an exit from the euro would trigger a wipe out of its whole banking sector, with enormous knock-on effects. It would hurt the euro too, but not as much – Greece is just 2 per cent of the eurozone economy.

But a default within the euro would also do enormous economic damage, leaving the government unable to pay salaries and pensions, firms unable to borrow and frightening tourists away just before the crucial summer period that is also vital for the Greek economy.

There are just hours left to avoid such drastic scenarios.

Richard Corbett MEP is deputy leader of the Labour MEPs. You can read his personal blog here