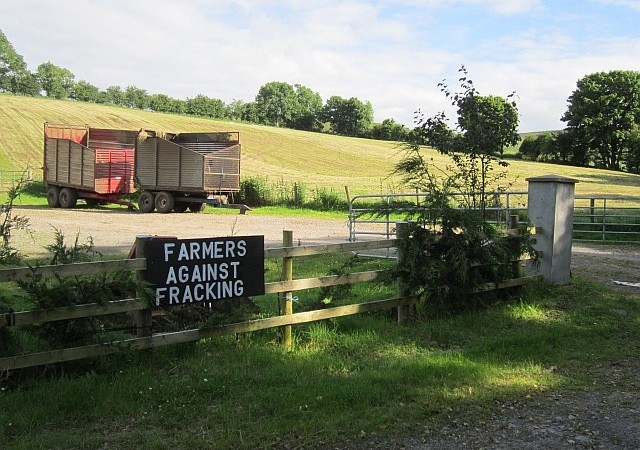 For people in Lancashire, it has been a high energy and emotional week. And it isn’t over yet. This Monday, councillors will finally decide whether to accept or reject fracking in the county.

Since Tuesday, hundreds of local people have been campaigning outside County Hall, awaiting the expected decision from councillors on two deeply unpopular fracking applications.

For one of the sites we had positive news. Councillors unanimously rejected the application to frack at Roseacre Wood, a significant blow to the industry.

However, at Preston New Road, councillors decided to delay their decision until Monday following some controversial legal advice. The vote is on a knife-edge with councillors torn following intense pressure from fracking company Cuadrilla and national government.

People in Lancashire have so far stopped fracking for more than four years, despite George Osborne’s best efforts. And Osborne really has been doing all he can to help the fracking industry.

A leaked letter earlier this year showed he has been working hand in glove with Cuadrilla to push ahead with fracking in Lancashire, despite the overwhelming opposition from local people.

He has also given the fracking industry the ‘most generous tax incentives in the world’, whilst cutting subsidies for renewable energy.

The Conservatives have also rigged the planning system so that fracking companies are now able to exert undue pressure on local councils. Not only are there now fewer reasons to refuse fracking under the planning system, but the Conservatives have also changed the rules of appeal meaning councils are threatened with huge legal fees if their opponents win.

In Lancashire, councillors say they have been under ‘intolerable’ pressure to decide the applications. It is outrageous that fracking companies are able to exert such enormous financial pressure on councils – and even more so at a time when councils are least able to pay because they have had their budgets slashed by the Tory government.

This ‘all out’ approach for fracking, makes the success of local campaigners, even more remarkable. What is clear is the overwhelming majority of local people back them. In Lancashire, more than two-thirds of people oppose fracking going ahead, and more than 35 community action groups have been set up in the last few years.

This opposition is reflected nationwide. Across the UK, opposition continues to grow – with 43 per cent of people against fracking and tens of thousands of people having signed a petition to keep Lancashire frack free.

Labour should stand with the people against Cuadrilla and Osborne

Voting against the application would be in line with very clear national Labour Party policy which is for a moratorium on fracking until stronger regulations are in law. We should not allow the Conservatives to force us to accept fracking in the face of unacceptable risks.

With fracking suspended in Scotland and Wales, and banned in New York State due to the ‘significant risks to health’, we should stand with communities and reject this unpopular and unnecessary industry.

We should also stand proud of our commitment to tackle climate change, and not support a brand new fossil fuel industry.

To me the choice is clear. On the one side we have the fracking industry and George Osborne, on the other there are local people who have invested their energy and time to stop this dirty industry bulldozing their communities.

This is why I used my first contribution in Parliament to call for a debate on fracking.

It is also why, on Monday morning, I will join a rally outside Lancashire County Council. I hope Labour supporters will come to stand with me and local residents, and in support of councillors voting to reject fracking.

27 Responses to “Fracking: Lancashire versus George Osborne and Cuadrilla”