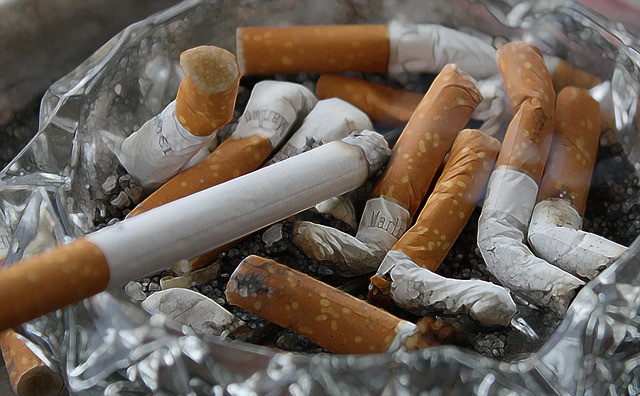 An investigation by the British Medical Journal (BMJ) has today revealed the influence that the tobacco industry has over parliamentarians.

Since 2010, the BMJ report finds, 38 MPs have accepted more than £60,000 worth of industry hospitality, and 20 of these MPs voted against plain packaging. Worryingly, more than half of these MPs are from constituencies where the number of smoking-related deaths exceeds the national average of 289 per 100,000.

29 of the 38 MPs are Conservatives, eight are Labour and one is an independent.

In 2014 alone, 10 MPs were entertained by the tobacco industry at the Chelsea Flower Show. The BMJ says MPs have also accepted free tickets to the men’s final at Wimbledon, test matches at the Oval, opera at Glyndebourne, and a Paul McCartney concert.

While there is nothing to stop companies inviting MPs and peers to the occasional event, provided the parliamentarian includes it in the relevant Register of Interests, the WHO Frame Convention on Tobacco Control, to which the UK is a signatory, states that parties should ‘interact with the tobacco industry only when and to the extent strictly necessary to enable them to effectively regulate the tobacco industry and tobacco products’.

The findings raise uncomfortable questions about how far the public health agenda can be manipulated by the interests of the tobacco industry, as BMJ journalist Jonathan Gornall points out.

Standardised tobacco packaging was introduced to tackle a problem which places a huge strain on the NHS and which health minister Earl Howe described in January as ‘a significant driver of health inequalities’.

A 2013 independent review undertaken by Sir Cyril Chantler found that ‘there is very strong evidence that exposure to tobacco advertising and promotion increases the likelihood of children taking up smoking.’

Naturally tobacco companies have opposed the move globally. Japan Tobacco International (JTI), the third largest tobacco company, whose brands include Camel, Winston, Benson and Hedges and Silk Cut, insists that ‘proposals for plain packaging are not based on, or consistent with, a credible and scientifically rigorous understanding of the behavior of smokers.’

The BMJ’s investigation shows that JTI has invited MPs to a series of high profile events where tickets can cost thousands of pounds.

Gornall writes that while there is no evidence that these MPs discussed issues about tobacco and packaging with their hosts, that MPs believe it is acceptable to accept such hospitality from the industry, is ‘extraordinary’.

Of the 20 MPs who received hospitality and voted against plain packaging, only one responded when contacted by the BMJ. Stephen Hepburn, the Labour MP for Jarrow, explained that he felt it was appropriate to accept hospitality because the industry had created jobs in his constituency.

But Deborah Arnott, chief executive of Action on Smoking and Health, said Hepburn, or any other MP, should look at the number of people dying every year compared with the number of jobs.

Jarrow has the second worst incidence of lung disease and smoking related deaths among the 37 constituencies whose MPs accepted tobacco hospitality.

A spokesperson for JTI said that offering hospitality to MPs is a ‘democratic [and] transparent’ way of balancing the debate about tobacco.