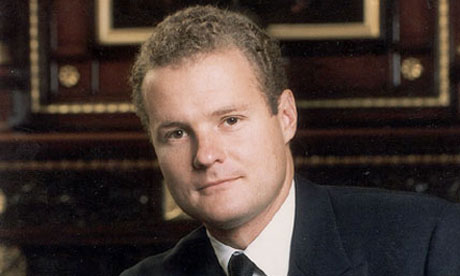 The Daily Mail is positively rhapsodic about the new government today. “Week one of the first Tory administration in 18 years”, begins its leader column, “and already a new sense of vigour and purpose grips Whitehall”.

It runs through a breezy to-do list for the incoming Tories, from welfare ‘reform’ to human rights law and strike ballots.

The Mail goes on to say that David Cameron should work on “erasing the toxic perception that the Tories are the party of the rich and privileged”. This must include:

“tackling some of the iniquitous tax practices of the super-rich.”

Would these ‘practices’ include stashing your wealth abroad in order to avoid paying British taxes?

If so, one wonders whether this line was cleared with Jonathan Harmsworth, Daily Mail proprietor and heir as 4th Viscount Rothermere to his father’s non-domicile tax status, which he uses to channel hundreds of thousands of pounds of dividends through a trust registered in Bermuda.

One Response to “Mail wants Tories to close tax loopholes. Does Rothermere know?”