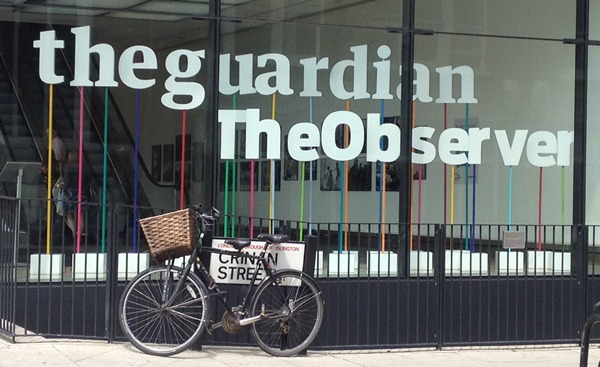 Labour has been smashed. The exit poll was definitely a surprise on Thursday night, but as an outcome of the last five years the popular vote difference of  36.9 per cent to 30.4 per cent looks about right.

Ed Miliband is of course right to go. I should declare an interest: he was fifth of five on my ballot paper in 2010, I’ve written that he looked un-prime ministerial throughout the intervening period, and he clearly wasn’t up to it. Indeed, for all the charges of arrogance and hubris levelled at serial winner Tony Blair, what now for an Ed Miliband who the electorate consistently (the polls on this at least seem to have been right) said was unelectable and who has proven a drag on his party’s vote?

This is harsh, but barring the two elections in the 1980s Labour has not done as bad as 232 seats in eighty years. While Ed Miliband has clearly taken an incredible level of unjust personal abuse from elements of the press during the long campaign, it would have been better if he had saved himself and his party this fate. Others with influence should have pressed this more firmly.

I’m aware of the irony of using a blog piece to slam the commentariat but there is a big point that needs to be made here. As I wrote on this site pre-election in March, so much of the modern left combines pretty cringeworthy networking and engaging in ‘valuable conversations’ with the same fifteen members of the twitterati rather than actually taking a hard line on something substantial and sticking to your guns.’

This is true in the sense that shadow ministers too often retreated behind the comfort blanket of a positive write up from the Guardian and New Statesman, but actually the journalists peddling this stuff bear some of the blame too. The ‘opinion formers’ tweeting ‘notable intervention from X on Y’ after some nothing speech from Miliband or Balls need to think hard on what contribution they wish to make to our polity.

As I said last July, ‘you don’t win General Elections through Comment is Free.’ Left wing twitter has turned into LinkedIn.

The logical outcome of this myopic group-think is that saying the right form of nothing beats sticking your neck out on something. There are so many examples here, but three recent ones will do.

Firstly, Labour are pro-all women shortlists, women on banknotes, and increased female representation on FTSE 100 boards. Fine. But, for a party committed to helping the low paid, when it came to supporting the one in four women paid below the living wage Labour’s answer was in essence ‘we’ll see what we can do.’ Sorry, what?

The details of delivering a statutory living wage by 2020 would have been techy, demanded tactical/economic trade-offs elsewhere, been step by step over the parliament, and are not the type of thing you can fit on to a Whistles t-shirt. But if your wage is appreciably less than £10 an hour what does it matter if Jane Austen is on that tenner? In a sense, good for Nicola Sturgeon for undermining the politics of the pink van too.

Secondly, the size of the state has been a big talking point, with Osborne seeming to be about to take levels of government spending back to the 1930s (albeit rowing back from this at the budget). There is of course some symbolism here, but the corollary is that it just makes Labour look like they venerate the state above and beyond any assessment of its actual effectiveness. If a 35 per cent state could deliver increased prosperity and seemed to be working then that would surely be a good thing. What matters, as New Labour understood, is what works.

I’ve raised these questions before but what, ultimately, will Labour be about in the coming years? For a party historically of (income) tax and spend, what do you do when – due to an aging population – said receipts look set to dwindle? What happens to the state? Are Labour capable of conceding elements of Whitehall can be moribund? I’m not so sure.

And thirdly, in short, nobody cares where David Cameron went to school. Or Boris Johnson. Or George Osborne. Sure, it might raise the occasional groan, but nobody is going to vote based on that. Indeed, to keep banging on about it just looks odd. Attlee, Blair and Macmillan are just some in the long list of British political figures who went to public school. These were all broadly successful.

But to Labour’s identity politics view of the world, the fact that these men didn’t march out of the school gates at the age of eleven and refuse to return almost matters more than their actions in office. Until the left gets over who people are and begins to engage with what they are saying it won’t deserve power, much less win it.

As a slight ray of sunshine behind the clouds, there’s some good stuff in Chuka Umunna’s Guardian article. Unlike the usual powderpuff pieces we saw from many a Labour figure pre-May, it’s actually pretty challenging and to the point. Labour, he notes, ‘had too little to say to the majority of people in the middle’ and ‘as the party that believes in government’s ability to make people’s lives better, we should have been the ones championing…a pragmatic “what works” approach to get things done.’ Good.

Labour will need such thinking because this is a pretty cataclysmic moment. When the Tories win two elections they tend to go on and win three (1951-59) or four (1979-97). The next few months demand a coherent pro-business and pro-worker vision to emerge. It will require someone to win the leadership, ruthlessly impose that vision upon the party and then talk outwards to the electorate rather than win the backslaps of the commentariat.

If that means challenging existing shibboleths and sees the odd snarking from the far-left, bring it on. If it doesn’t, Boris might as well put the champagne on ice for 2020.

Richard Carr is a lecturer at the Labour History Research Unit, Anglia Ruskin University, and a contributing editor to Left Foot Forward. He wrote the book One Nation Britain last year.

155 Responses to “Comment: The myopic group-think of the left helped bring down Labour”