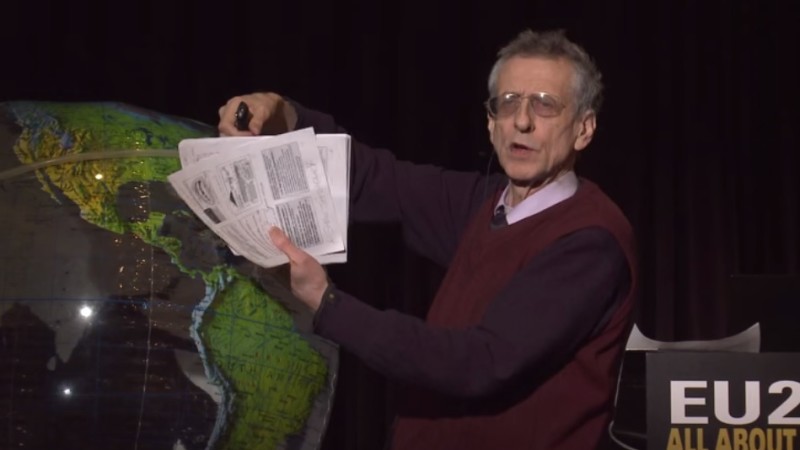 In reporting the shocking news that hayfever sufferers will likely have their allergies triggered by the warm weather, the Daily Express has shown yet again that it’s not very choosy about who it cites as a weather expert.

The newspaper’s inflated front page story today, ‘Now Britain’s on 77F health alert’, which is basically a dog-bites-man story, is spiced up by quoting a crank pseudo-forecaster best known for his denial of global warming. 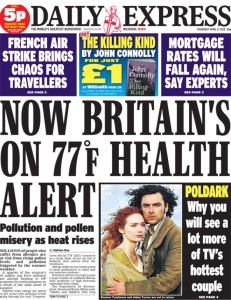 As the Express reports:

Piers Corbyn, forecaster for WeatherAction, said: “It is going to be very warm and sunny, with strong sunshine making it very hot and dry.

The first sentence, you will notice, could have been said by anyone. The second appears to be the paper’s only source for the headline claim that temperatures of 77F are on the way. (These numbers are not supported by Met Office forecasts.)

And what a source! Here’s Piers Corbyn on global warming, from his website:

“…we point out that the world is now cooling not warming and there is no observational evidence in the thousands and millions of years of data that changes in CO2 have any effect on weather or climate.”

This nonsense about global ‘cooling’ has been taken apart before. And the Express has form with hysterical weather stories, as the Guardian’s George Monbiot points out today.

But Mr Corbyn is in a league of his own. As a study by researchers at the University of Sunderland into his wacky method of making weather predictions months in advance reported:

In other words, you could get as reliable a weather forecast by looking out of a window.

Since newspapers have had to publish corrections after Mr Corbyn’s dodgy predictions turned out to be completely wrong, would it be too much to ask that the Express stop running front page stories based on pseudo-science from this crank?

6 Responses to “Why is the Daily Express still quoting this crank in its weather stories?”