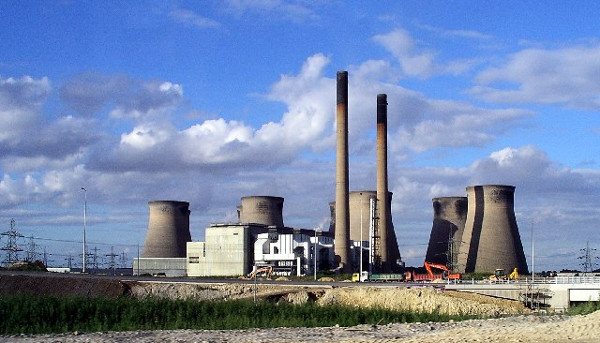 Launching the Green Party manifesto today, party leader Natalie Bennett called out the other parties for failing to mention the phrase ‘climate change’ at the leaders’ debates.

Unlike the NHS, the economy, or business, sustainability has not been prioritised, debated, or even used as a mouthpiece in Cameron and Miliband’s sniping.

Bennett is right to point out the problem. The state of the planet is the one truly universal issue in the election battleground and, in the future even more so than now, it will underpin the health of the NHS, UK business and the economy.

Bennett and Caroline Lucas are right to say that hesitation during the recession was not the right strategy; tackling climate change cannot wait for better times.

Yet the national mood is still wrong. Last week the discovery of up to 100 billion barrels of oil under an area of Surrey prompted delight from investors. Shares in UKOG, the main exploration company involved in the find, shot up by 300 per cent in early trading and closed at 164 per cent up for the day. Clearly, the economy of the energy market has not changed enough.

Last year the government’s Committee on Climate Change warned that the UK was on track to miss its future emissions targets. The statutory advisers on climate change found that the coalition’s Green Deal had not been a sufficient incentive for people to properly insulate their homes as a way of reducing energy use and expenditure; the number (p.32) of cavity wall insulations, for example, fell by two-thirds. The CCC were very clear: ‘current policies will not be sufficient’.

It’s been a difficult few weeks for the Greens, but they are right to decry the lack of emphasis on climate change in the other parties’ campaigns.

What the Greens understand, apparently better than anyone else, is that sustainability impacts everything, and they have done a good job in making it relevant by focusing on the issue of fuel poverty.

Fuel poverty is a national scandal – latest government estimates suggest that over two million households are classified as fuel poor. This means the UK has the highest level of fuel poverty in western Europe. In 2013 there were over 30,000 excess winter deaths, and the World Health Organisation said that around 30 – 50 per cent of these could be attributed to cold indoor temperatures. An average of 65 people a day died that winter because their homes were too cold.

This puts a massive burden on the NHS in winter months. The chief medical officer of the Marmot Review team has estimated that the annual cost to the NHS of treating winter-related disease caused by cold private housing is £859 million, and that every £1 invested in keeping homes warm could save the NHS 42 pence in health costs.

The energy companies known as the Big Six make huge profits which they fail to pass onto their customers. Last year the watchdog Ofgem estimated that profits would double in 2015. Meanwhile, the average household’s annual energy bill is now £260 higher compared to 2010 and we remain locked into the fossil fuel economy, pumping out expensive carbon into the atmosphere.

The Greens are pledging to end fuel poverty by:

Reducing the amount of energy we need by improving energy efficiency

Creating thousands of jobs, getting carbon emissions down

The party’s manifesto sets out plans to provide a free nationwide retrofit insulation programme, concentrated in areas where fuel poverty is most common. It is designed to insulate 9 million homes, and take 2 million out of fuel poverty. This programme, the Greens say, will cost about £45 billion over the course of the parliament and will create 100,000 jobs.

The cost of replacing Trident – which the Greens won’t do – is usually estimated to be around £100 bn.

In addition, the party wants to give tenants the right to require their landlords to make these improvements to homes, and want all houses to be built to Passivhaus standards.

Fuel poverty is something we can all relate to – no one likes opening bills. In making tackling it a key part of their manifesto, the Greens have provided people with a real incentive to ditch dirty fuel and look for cleaner, renewable alternatives.

The Labour manifesto fell short on environmental pledges. It mentions ‘droughts in California’ and ‘devastating typhoons in the Philippines’, yet however charitable we may wish our society was, these events are not an immediate incentive to the average UK worker. Meanwhile the Conservatives want to stop building wind farms and have pledged huge tax breaks to oil exploration.

Climate change is not an abstraction, and it needs to be dealt with which much more urgency than we are currently seeing. And when we switch to cleaner energy there will be other benefits, including economic and health ones, which will protect our society as well as the environment. On this point at least, I hope people will listen to the Greens.