Why should left-wing politics be left to the poor and the powerless alone? 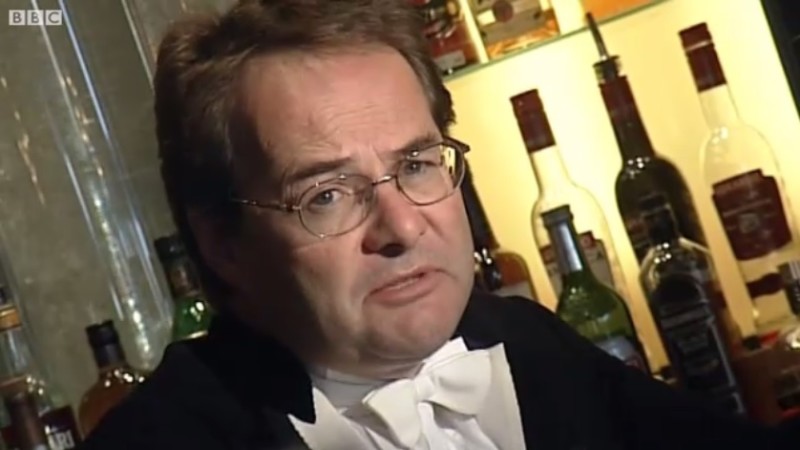 A popular insurgency is afoot on the comment page of the Daily Mail. Columnist and ‘sketch writer’ Quentin Letts has published his revolutionary manifesto today, ‘Why I hate Hampstead hypocrites!’, in which he picks up the dear leader David Cameron’s rallying cry about Ed Miliband’s Labour party, which the prime minister said has:

“The same old condescending, bossy, interfering, we-know-best attitude of the Hampstead socialist down the ages.”

Comrade Quentin writes that Miliband’s “whole approach to the general election has been moulded by prosperous Hampstead and its privileged, hypocritical faux egalitarians”. He names names:

“The Milibands, the (Eric, Marxist historian) Hobsbawms, the (Michael) Foots, the (Neil and Glenys) Kinnocks — these were and remain the essence of Hampstead Leftishness, although the Milibands managed it from nearby Primrose Hill and the Kinnocks now from neighbouring Tufnell Park.”

Already we see some geographical cracks in the grand theory, but Letts is undeterred:

“Their particular brand of nannying interference has crocked our state schools, our social services and an NHS which no one is allowed to criticise.

“The Hampstead-ish adherence to politically correct shibboleths that dictate contempt for anyone who questions mass immigration, global warming or gay marriage, has created a dangerous distance between working-class voters and the political class.”

Regular readers of the Daily Mail may be surprised to learn that criticism of the NHS, immigration or global warming are off limits in Britain, though perhaps Letts means the second-best-selling newspaper in the country has made a brave stand against these pieties. (What ‘questions’ he has about gay marriage, he doesn’t specify.)

“If Mr Miliband’s Labour gets in, he will try to Hampsteadise the whole of Britain — except don’t expect the great unwashed to live in such spacious houses.”

Of the many chinks in the armour of the Letts analysis – his grouping of Miliband, Hobsbawm, Foot, Kinnock and others together despite big differences in their politics, for example – I’m struck most by the scolding tone of the piece, as if there was something shameful about being wealthy and left-wing. Isn’t half the Tory attack on Miliband in this election about his supposed failure to do right by business and the rich? 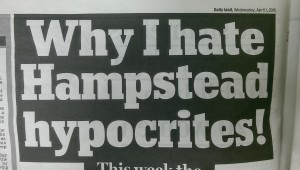 I also had no idea until now that Tories like Mr Letts were opposed to home ownership or high house prices. And isn’t this phoney class war pose a bit rich coming from a paper whose proprietor, Paul Dacre, owns three properties: a house in West Sussex nicknamed Dacre Towers, with a mile-long drive, a home in pricey Belgravia, west London, and a seven-bedroom house in Scotland, with a 17,000-acre shooting estate?

A paper which inserts property prices into stories where they have no relevance, such as the death of a British woman in Thailand in 2011?

This Letts piece further proves a point I’ve made before, that conservatives don’t understand the ABC of class politics. A central Left criticism of middle or upper-class liberals and left-wingers is their tendency to hit the brakes when their own interests are threatened. This obviously would not apply to actor Martin Freeman, who says he supports Labour because he’s in favour of their Mansion Tax on £2million homes, and their tax rises on well off people such as himself.

This isn’t hypocrisy, unless you think rich people need to give away their money and power before they can advocate greater equality. Which, for a conservative position, would be very convenient.

To be clear, this would be the case however big a person’s house, whatever the state of their wife’s finances, wherever their children go to school. They may be ripe for criticism for any of the above, but such criticism should not be used to restrict ‘non-hypocritical’ left-wing politics to the poor and the powerless alone.

Because a joining of hands between working class people and better off people to the benefit of all workers is what gave rise to the Labour party itself over a century ago, to the eternal resentment of Tories ever since. Letts is right to say the middle-class Fabian Society helped found the party, but its main support and raison d’etre were the Trade Unions, (most of whose members do not live in Hampstead).

The most famous Labour politician of that time, and one of its first MPs, was Keir Hardie, who worked on shipyards as a child, and died of sickness and a broken heart over the First World War. Probably the best-known Labour politicians of the 20th century were Clement Atlee and Aneurin Bevan, Bevan the Welsh son of a coal-miner, who set up the National Health Service Mr Letts is keen to criticise – both leading lights of the most left-wing ‘socialist’ government in British history.

Leaving out the Trade Unions and politicians of this kind while jeering at well-off people on the Left betrays a contempt for working class representation that lays naked and sprawling the pathetic phoney class war of the likes of Letts and Paul Dacre.