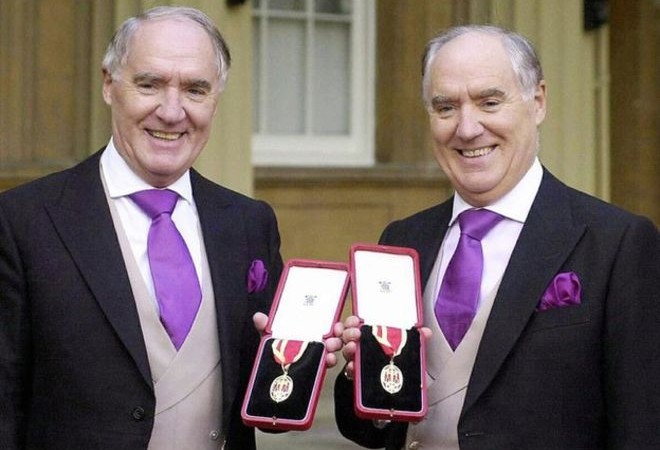 In some schools of psychology, the term ‘transference’ is used to explain the act of accusing others of having traits you possess, or doing things you do yourself. The difference in the case of a wonderful ‘own goal’ by the press this morning, is that transference is meant to be ‘unconscious’.

The Telegraph’s front page reports that Ed Miliband’s political wizard David Axelrod, a US citizen who helped Barack Obama win two elections, might not be paying proper taxes on his fees from the Labour party. The newspaper is hoping to embarrass Miliband over his crackdown on non-doms, but there’s a big flaw in the plan.

As a Labour spokesman said:

“David Axelrod lives in the US, works in the US and pays tax in the US. We pay AKPD Media in the US in US dollars. There is no tax due in the UK.”

The Telegraph’s story is made more ridiculous by its repeated teasing about how Axelrod is never seen in Britain.

The paper even acknowledges that ‘Mr Axelrod is not a non-dom‘, but suggests he should pay UK taxes anyway. Side-stepping the question of why this rather extreme criteria for taxation would not ‘spark an exodus’ of rich people, as the Telegraph claimed about Labour’s plans, it’s worth noting that the proprietors of the Telegraph, David and Frederick Barclay, are both non-doms themselves.

As Private Eye reminds us this week:

“the weirdo Barclay twins reside in Monaco and the Channel Islands to avoid British tax.“

Whoops. Today’s story about Axelrod also ran in the Daily Mail, whose proprietor Jonathan Harmsworth, 4th Viscount Rothermere, inherited non-dom status from his father, and channelled hundreds of thousands of pounds of dividends through a trust registered in Bermuda.

It gets worse. Both stories claim David Cameron’s election chief, the Australian Lynton Crosby,’pays full taxes on his earnings in both the UK and Australia’. The trouble is, whatever Tory HQ told the newspapers, this might not be true.

Margaret Hodge MP, chair of the public accounts committee, who took on Google over its taxes, says Crosby ‘appears to be up to his neck in tax avoidance’. Pointing to his money in several Maltese companies, she said:

“Looking at the sheer complexity of his network of offshore interests, it is difficult to see what purpose these arrangements can possibly serve other than to avoid tax.”

And if you think she’s being partisan, you can read her quote the Tory-supporting Evening Standard (whose Russian proprietor Evgeny Lebedev was also named as a non-dom by the Eye). The free London paper says it put questions to Crosby about his money but received flat denials and legal threats – but no detail.

Why Ed Miliband would want to spend £300,000 for the occasional phonecall, email or text from Mr Axelrod, (who does seem more interested in selling his book than the UK election), is a bit of a mystery. But it might be something to do with the wisdom of Axelrod’s recent comment on Tory personal attacks, quoted in the Telegraph story:

“If the other party is making reference to that kind of stuff they can’t be terribly confident. To me it’s a sign of weakness.”

2 Responses to “No Telegraph, Ed’s US advisor is not a non-dom. But the Barclay brothers are”