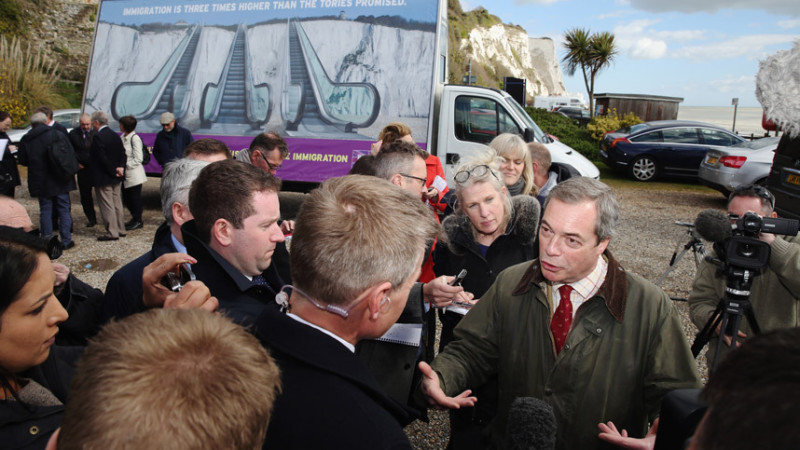 “Mass immigration, the subject that dare not speak its name, has been all but airbrushed from this election, even by the Tories.”

That was the message on the front page of yesterday’s Daily Mail, in what must be among the most bizarre moments in a very odd election campaign.

For any one awake and literate (or semi-literate) over recent months, the claim that immigration is ‘the subject that dare not speak its name’ is enough to make one’s head spin.

The paper’s comment ran next to its report that among Tory voters in 2010 who plan to vote UKIP this year, 94 per cent named immigration as the reason for the switch.

IMMIGRATION: It’s the issue of our time. So why is it being totally ignored by the major parties? 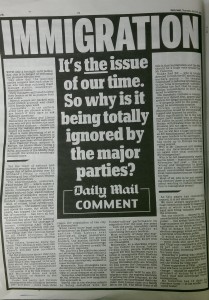 The piece calls on David Cameron to reassure these UKIP voters and urge them to ‘come home’ to the Tory party. Today the paper got it’s wish. The Mail’s front page screams:

MILIBAND WILL BRING BACK UNCONTROLLED MIGRATION 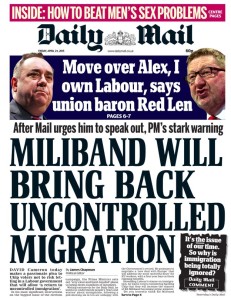 Cameron appears inside with his own full-page editorial doing just as the paper wanted. (Almost as if the whole thing was contrived by the Mail and Tory HQ…) 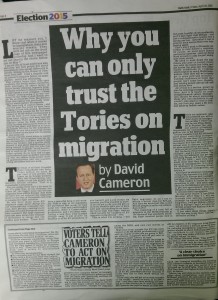 What makes this so surreal is the fact that everyone is talking about immigration. All the time.

It’s possible the Conservatives are keen to skirt over their missed ‘tens of thousands’ target, with immigration in the year up to September 2014 at 298,000. (In 2010 Cameron told voters: “If we don’t deliver our side of the bargain, kick us out in five years.”)

But the idea the subject has been put on the back burner is false.

‘Controls on immigration’ is one of the Labour party’s five election pledges. They even put it on a mug.

Miliband made a speech just last week on immigration arguing for tough controls and saying Labour would succeed where the Tories had failed.

And in March, UKIP, a party whose main election platform is reducing immigration, launched its campaign at the white cliffs of Dover with posters of escalators to show how easy it is for migrants to reach Britain. (I think they might regret that one in light of recent events.)

The recent deaths of hundreds of migrants crossing the seas to Europe have placed migration at the centre of public and political debate.

Today, as the Mail gives space to Tory propaganda attacking Miliband, the Labour leader is giving a speech on foreign policy with special attention on what to do about migration from Libya.

All this and more (newspaper stories, for example) about ‘the subject that dare not speak its name’!

41 Responses to “No talk of immigration? What planet is the Daily Mail living on?”