The patriot game is one the left can’t win 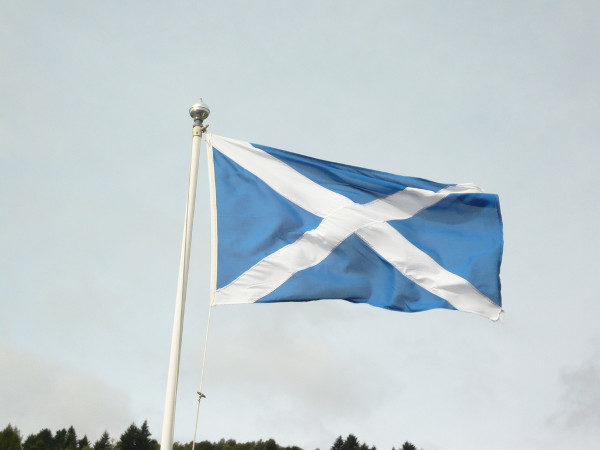 An otherwise unremarkable tenement flat in the street next to mine had a flagpole installed last year. After a break of a few months, it is once again flying a large Saltire.

The head of an ostensibly left-wing think tank compares Scotland’s place in the UK to that of Elisabeth Fritzl.

A few weeks ago the Scottish Labour party changed its rulebook to include a commitment to ‘the patriotic interest’.

These things aren’t connected other than that they all say something about Scotland’s ‘new political situation’. This is one where the Patriot Game is the only one in town, or rather the only one that anyone seems interested in playing.

This isn’t a state of affairs that anyone on the left, either in Scotland or beyond, should be happy with. Because ‘new political situation’ is simply a euphemism for an upsurge in nationalism, and the Patriot Game is one progressives can’t win.

That the prevailing political trend in Scotland is nationalism is seldom acknowledged. Had anyone managed to copyright the phrase ‘I’m not a nationalist but…’ they could long since have retired on the royalties. Instead, the flag waving and transformation of the SNP into a mass party is attributed to ‘anti austerity politics’, or ‘an embrace of democratic potential’ or other such warm words – anything but nationalism.

Advocates generally deny all nationalist motivation, claiming rather that the SNP deserve support because they will ‘push Labour to the left’ or, bizarrely, help ‘reclaim Labour’s soul‘ . This ignores the inconvenient reality that it is the SNP who have only recently adopted Labour’s plans for a 50p tax rate, having previously voted against the principle.

It took until after the leaders’ debates last week for the SNP to adopt a policy on zero hours contracts. They now support Labour’s proposals word for word. The SNP are widely proclaimed as an anti austerity party despite a governmental record that has seen over 50,000 jobs lost in public services, while they adamantly rule out using any of the tax raising powers they have and boast of having the lowest business taxes in the UK.

The SNP are a ‘radical anti-establishment force’, as anyone who has read the serialisation of Alex Salmond’s memoir in the Scottish edition of Rupert Murdoch’s Sun would know. The SNP are ‘progressive’ in a way that Labour somehow aren’t, having adopted all-women shortlists, some two decades after Labour. And so on. But pointing these things out makes little difference. In today’s Scotland, flags beat facts.

Perhaps this shouldn’t surprise us. Nationalist movements, as Eric Hobsbawm put it, are ‘dual phenomena, constructed essentially from above, but which cannot be understood unless also analysed from below, that is in terms of the assumptions, hopes, needs, longings and interests of ordinary people, which are not necessarily national and still less nationalist.’

Scottish Labour’s response to all this has been an attempt at a ‘Clause 4’ moment. The ‘Aims and Values’ statement of the Scottish Labour Party was rewritten by Jim Murphy so that it now has 12 references to ‘Scotland’ or ‘Scottish’ and a commitment to ‘work for the patriotic interest of the people of Scotland’.

It is difficult to believe this move stems from a sense of mission on Mr Murphy’s part. Rather it’s a response to grim polling numbers and an acknowledgement of a situation where arguments need to put more emphasis on saltire than sense. The ‘patriot clause’ exemplifies where Scottish politics is now – to gain permission to speak you have to be seen to be, and only be, ‘speaking for Scotland’. This isn’t progressive at all – it’s the opposite.

The politics of identity seem to have all but displaced the politics of economic interest north of the border. The party arguing that the country wins ‘when working families win’ is trailing badly behind the party that promises to be ‘strong for Scotland’.

The nationalist movement by definition seeks to divide rather than unite and looks to emphasise difference and particularity ahead of common endeavour. Their advance is not something the Left, however broadly defined, should be welcoming.