Rescue boats alone are not enough 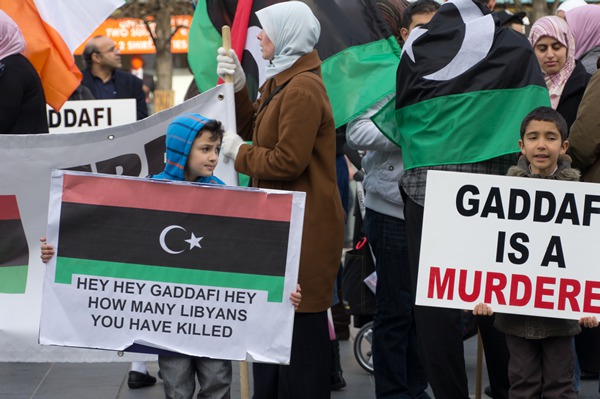 With the exception of a few professional trolls, there has been near-universal shock and sadness at the recent tragedies in the Mediterranean. Up to 1,500 migrants are believed to have drowned this year alone; the latest sinking, claiming the lives of almost 700, is thought to be the largest loss of life during a migrant crossing in Europe.

What makes it worse is the knowledge that European governments, including our own, are acquiescing in the tragedy. At the end of last year Europe stopped its search and rescue missions in the Mediterranean amid complaints from some EU member states that they were unaffordable. Meanwhile our own Foreign Office disingenuously argued that the prospect of being rescued from the sea was acting as “an unintended ‘pull factor’, encouraging more migrants to attempt the dangerous sea crossing and thereby leading to more tragic and unnecessary deaths”.

The argument was a familiar one; how often do we hear it said by the current government that the UK benefit system provides a similar ‘pull factor’ to migrants?

This line of reasoning, if you can call it that, has now been exposed for what it is: callous nonsense. It is nonsense because the real and overriding ‘pull factor’ is the relative safety of Europe when contrasted with brutal and war-ravaged Libya. For thousands of people, the prospect of staying in Libya is viewed as a greater risk than taking to the seas in a ramshackle and overcrowded boat. The latter offers a chance, however slim, of eventual sanctuary in Europe.

Libya is the starting point for around 90 per cent of the migrants reaching Italy by sea, according to the Italian government. The reasons for this are clear: violent militias dominate large swathes of the country and ISIS controls parts of the north and east.

The fashionable view is that this is the fault of the west for aiding the overthrow of Colonel Gaddafi back in 2011. As with Iraq, if only the west hadn’t meddled the picture in Libya might not be quite so grim – or so the argument goes.

Apart from being a shot in the dark, this is a monumental re-writing of history. Back in 2011, a UN resolution authorised “all necessary measures” to protect Libyan civilians after Gaddafi’s forces began a brutal assault on rebel-held Benghazi. As the dictator’s forces closed in on the city, 200,000 people fled the fighting and hundreds of cars full of people were seen heading for the Egyptian border.

Western nations may well have sat on their hands and given Gaddafi’s army a free-reign in Benghazi. They had done a similar thing in the past in Rwanda and Bosnia. The mistake is to believe that this option, if you can call it that, would have left Libya peaceful and secure. Take a look at Syria (200,000 dead and counting) if you find yourself tempted by the idea that allowing a dictator to re-assert power against a nascent rebellion does not have a bloody cost. Had Gaddafi remained in the saddle, hundreds perhaps thousands of Libyans would have been killed – with thousands more likely to have fled the country.

The real disgrace in Libya was not intervention, which was based on a duty to protect civilians; it was the abandonment of the nascent post-Gaddafi government in Libya to chaos. As Perry Abdulkadir put it on these pages last year:

After Gaddafi was killed in late October 2011, the interim Libyan government asked NATO to extend its mission until the end of the year. When the UN Security Council withdrew support of a continued mission, though, NATO took it as an excuse to rid itself of responsibility in Libya.

Libya collapsed into chaos because the state lost its monopoly on force. The west, which had helped to overthrow Gaddafi, did little to assist the state as it tried to reassert its authority. As a result the power vacuum in the country was filled by hundreds of militias and – worst of all – the sadists of ISIS. In this context, the fact that thousands of people wish to leave Libya by any available means ought not to come as a surprise.

And so preventing further tragedies in Europe’s seas requires a two-pronged approach: restarting the rescues, yes; but restarting the nation-building in Libya, too. Ultimately that means helping the Libyan government to disarm ISIS and other violent militias.

105 Responses to “Mediterranean migrant deaths: restart the rescue, but restart nation-building in Libya too”