US trade representatives seem to think not 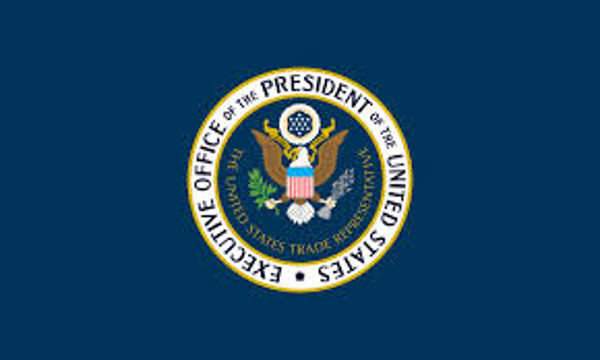 A major row has broken out in the US over statements made this week by the United States Trade Representative (USTR), who claimed that murdering trade unionists did not violate Labour standards in trade agreements. The USTR also went on to say that that “perpetuating violence against a trade unionist doesn’t violate these agreements”.

Richard Trumka, the president of the AFL-CIO, testified at the Senate Finance Committee hearing on legislation to grant President Barack Obama fast track authority to drive through the TTIP deal between the US and the EU. The legislation would also affect the Trans-Pacific Partnership (TPP) trade agreement between the US and twelve Pacific Rim countries.

Trumka said that the labour standards included in trade deals are poorly enforced, and that before he would back the White House’s push for the TTP or TTIP he wanted to see tougher labour provisions that could be enforced.

Trumka pointed specifically to the Colombia trade agreement that was signed in 2006, and passed by Congress in 2011. He said that even after the Obama administration crafted an agreement to tighten labour protections four years ago, some 105 trade unionists have been killed, and more than 1,300 have been threatened with death.

Thea Lee, the AFL-CIO deputy chief of staff, disclosed that USTR officials said in at least two meetings – where she was present – that killing union members and officials would not be considered interfering with labour rights under the terms of the trade measures.

One instance involved talks last year about killings in Guatemala, where the AFL-CIO has been seeking redress for labour violations for six years. Another came just a few months ago in talks about a three-year-old case involving Honduras, Lee said:

“To substantiate our case we documented five or six murders of Guatemalan trade unionists that the government had failed to effectively investigate or prosecute,

“The USTR told us that the murders of trade unionists or violence against trade unionists was not a violation of the labour chapter because it was a rule of law problem.”

“We certainly made the argument that if a worker is murdered in the course of trying to exercise a legal right to freedom of association or to organise and bargain collectively, then the government is failing to effectively enforce its laws, and the USTR disagreed with that interpretation,

“If there is a climate of terror against trade unionists who effectively are prevented from exercising their rights under the law, then our government ought to take this at least as seriously as a failure to send a labor inspector to a factory.”

A spokesman for the USTR, Andrew Bates, didn’t deny Trumka’s interpretation, but he noted that in the cases of Honduras and Guatemala, the deals were signed by the Bush administration, as part of the Central American Free Trade Agreement, and included weaker provisions than those that the Obama administration extracted in finishing the Colombia pact.

Bates also noted that the US had been pressing Colombian authorities under the trade agreement to reduce attacks on union members and activists there.

Backtracking, Bates followed up the Trumka statement with a lengthier email statement saying:

“It is absolutely not USTR’s position that free trade agreement labour chapters do not cover labour related violence,

“Addressing violence against union leaders and organizers and prosecuting perpetrators of union related violence is a critical centerpiece of our efforts to advance fundamental worker rights. In terms of the TPP, the working conditions and status of labour rights in many Asian countries are deplorable, and labor advocates have been subjected to harassment and violence there.

“The United States can be significantly more effective in elevating workers’ rights in Asia and leveling the playing field for American workers if we engage with these countries. That is why we’re seeking to build on the strong labor provisions in the most recent U.S. trade agreements by seeking enforceable rules that uphold fundamental labor rights. Those opposed to TPP would leave us in the position of doing nothing and effectively locking in the status quo – potentially making it even harder for us to fight for these rights in the future.”

AFL-CIO’s Lee said she was not satisfied with the response:

“I concede that they care. I concede that they are acting to address the labour violence. The question is whether USTR considers murder to be a violation of the labor chapter. That is the question,” she said. “The point is that USTR has informed us that labour-related violence does not constitute an actionable violation of the labor provisions in our FTAs. The quote from Bates skirts that question.”