The Tories have tacitly made a very important concession 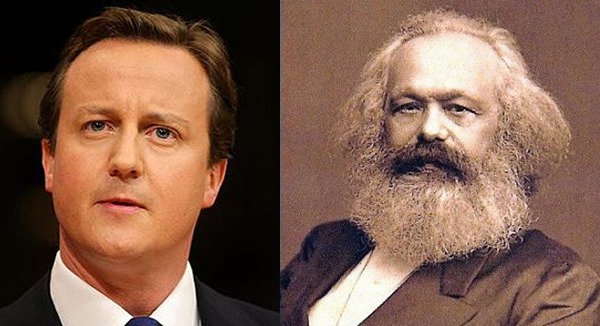 When back in 2013 Labour leader Ed Miliband announced a 20-month freeze on energy bills the Conservative Party went into paroxysms of rage. The announcement was a ‘con’ that would not be out of place on the pages of Karl Marx’s Das Kapital, according to the Tories.

These were not the shrill cries of the party’s backbenches, either. No, they were the words of no less than the prime minister and the chancellor. Commenting on Labour’s 2013 price freeze announcement, they said at the time:

“We have to address the causes of prices, rather than effectively come up with what is a con.”

“I know he wants to live in a Marxist universe. He needs a basic lesson in economics.”

Meanwhile the chancellor George Osborne described the energy freeze as something out of Das Kapital.

Conservative cheerleaders in the press didn’t hold back either. Here was Allister Heath in the right-wing newspaper City AM:

“…price controls have been tried thousands of times throughout history in hundreds of different markets and always fail“.

So what do we take from this? Well presumably that all price controls are nascent signs of Marxsim-Leninism that ought to be thoroughly opposed by all right-thinking people.

And yet what’s this we see coming over the horizon today? Only a Conservative party promise of a …rail fare price freeze.

There is already a restriction in place limiting increases in fares to RPI (retail prices index) inflation which has been in place for two years. However under today’s Conservative proposals this will be extended until 2020, saving, so the Tories claim, around £400 per rail commuter.

A price freeze in other words – and the sort of thing the Tories previously decried as an unfailing sign of incipient socialism.

It would be an exageration of course to claim that we are all Marxists now, but there is hope: the Tories have with this policy tacitly made a very important concession to the left: that market mechanisms by themselves do not – and cannot – solve all of our problems.

Welcome aboard, comrades – perhaps we’ll see you in Cuba over the summer…