Because of coalition cuts, over a third of domestic violence victims are unable to get a lawyer to represent them 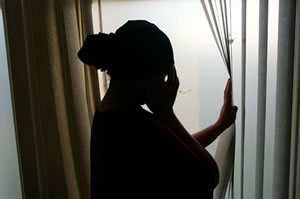 In 2012, the civil legal aid budget was slashed by 40 per cent, drastically reducing the number of people eligible for free representation in court. Three years on, it is clear that the changes amount to a mass denial of justice to vulnerable people. Of those affected, 80 per cent are in the poorest section of society.

Justice shouldn’t be the preserve of the rich. Access to justice is a human right that empowers ordinary people to challenge inequalities and abuses of power. It is about the worker unfairly dismissed from their job who cannot pay excessive employment tribunal fees to have their case reviewed. It is about the person who is sexually harassed at work but cannot afford to seek redress. It is about the woman who has spent years being violently abused by her partner but is not able to leave them because she cannot afford a lawyer.

The Labour Party does not believe in pricing people out of rights or services. We believe in equal access and equal opportunity. That’s why we’ve made defending the NHS against privatisation a pillar of our election campaign. But though we have rightly promised to scrap employment tribunal fees, meaning workers will once again be free to challenge unfair employment decisions, Labour never pledged to reverse the legal aid cuts.

But what about other vulnerable groups affected by the cuts? What about cases involving children, people with mental health problems, or the disabled? The truth is, we all need access to justice.

And the public support it too. A recent YouGov poll found overwhelming public support for legal aid. 84 per cent of those surveyed rated access to justice as a fundamental right, compared with 82 per cent for healthcare free at the point of use. Access to justice is an issue in sync with our values and with the electorate’s concerns. Labour should be making more of it during the election campaign.

True, there is a political risk inherent in spending commitments. As we battle for economic credibility, we fear going into the election with a shopping-list of policies.

However, one of the most unforgivable aspects of the government’s reforms is that it is unlikely the legal aid cuts will even lead to the financial savings used to justify them.

The Public Accounts Committee reported this year that the MOJ does not understand the knock-on costs of its reforms across the public sector. It was unable to say whether the projected £300 million cut in legal aid had simply shifted costs elsewhere, such as to courts or local authorities. For example, the increasing number of people going through the traumatic process of representing themselves in family courts could cost the public purse £3.4m a year because cases will take 50 per cent longer.

In a political climate dominated by austerity, we can and should make the argument that we can do what is morally right at the same time as ensuring that public funds are used efficiently.

Labour should use the election campaign to get a mandate for reversing the worst of the legal aid cuts, immediately starting with the most vulnerable people – domestic violence victims, children, and the disabled to name a few. And then after the election, and once the public finances are in a stronger condition, we should see if it is possible to go further and restore access to justice for all.

We can and should put forward a fairer vision for legal aid that represents good value for the taxpayer, and we may well be rewarded with a stronger public appetite for change than we expect.