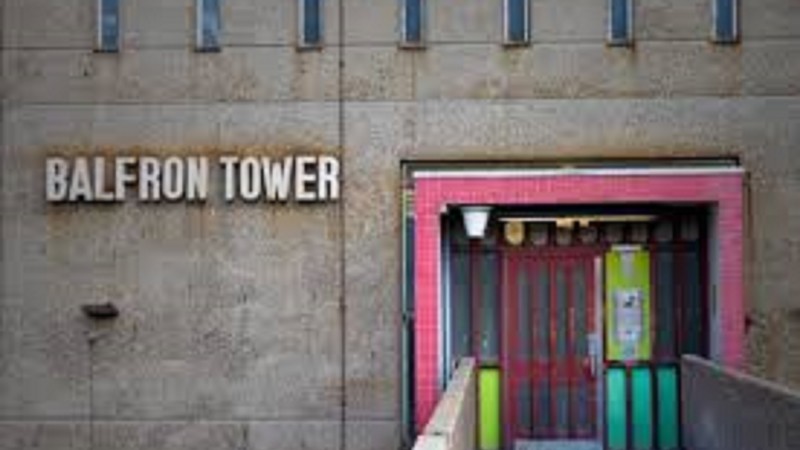 This week, a group of activists are occupying an empty house on the Sweets Way estate in Barnet. Many of the activists are tenants, or former tenants, of the estate, and are facing eviction due to Annington Homes’ redevelopment plans.

Annington Homes plan to get rid of over 150 homes and replace them with 288 ‘units’. They have committed to just 11 per cent affordable homes in the new development.

Those who have already been forced out are scattered across London in temporary accommodation, and so the occupation is also chance to catch up with the community which they have been a part of for five years.

The plans for Sweets Way are just the latest in a series of hugely unfair redevelopment projects that have taken place in London over the last year.

Taking part in the Sweets Way protest is Jasmin Stone, one of the young mothers who made headlines last year when she led the Focus E15 campaign, which fought to allow residents of the Carpenters estate in Newham to be rehoused locally.

In December, residents staged a protest at plans to sell off the New Era estate in Haggerston to an American company with ties to Richard Blakeway, Boris Johnson’s deputy.

Rents were to be almost doubled – reaching £2,000 for a two bedroom flat – and residents said it amounted to social cleansing. Eventually the development was sold to Dolphin Square Charitable Foundation, who committed to delivering low cost rents, although the current tenants are unlikely to be able to stay there for more than a couple of years.

One of the most troubling cases of so-called social cleansing in recent months is that of Balfron Tower in Poplar, which is due to be refurbished after 46 years. Designed by the modernist architect Erno Goldfinger for social tenants, the building has become iconic and thus ripe for redesign.

Tenants were told before the hand-over that homes ‘would need to be sold’ to pay for the architectural Grade II-listed restoration. As they battled their eviction, a series of pop-up events were hosted in the building: supper clubs, art exhibitions and all night theatre performances.

One artist planned to drop a piano off the roof, in what she called an exploration of sound, and others called an act of extraordinary class contempt, as residents panicked about where and how they were going to live now. It was gentrification taken to its logical extreme and acted out, unwittingly, as art.

A certain amount of gentrification is inevitable, and it can bring good things. But more and more often it seems to be being implemented in London with an inexcusable cruelty and lack of planning. Newham Council considered rehousing the E15 mothers in Manchester, Birmingham and Hastings. Away from all their families and friends, how would these women be expected to work and take care of their children?

Businesses are suffering too, as loyal customer bases are forced out and expensive new shops compete for the new residents. Several long-standing music venues have been forced to close after residents moved into areas which they knew were nightlife hubs, costing organisers their livelihoods.

London needs better council housing, and more of it. Instead, the Conservatives have presided over the lowest level of social housing building for decades, and backed redevelopment plans which break up communities and leave people at risk of extreme poverty. Boris Johnson’s strategy of favouring overseas investors is contributing to the huge social housing shortfall, and bizarrely trying to answer a housing crisis by building homes people can’t afford.

There are other options: Community Housing Associations, cooperative housing and Community Land Trusts all offer ways to make housing affordable long-term. This and any future government need to rethink their calculation of value – affordable houses hugely benefit local communities and businesses, and stop people being so dependent on welfare. It is about looking further into the future, and imagining what estates, and the people who live in them, could be doing in 10 or 20 years time.