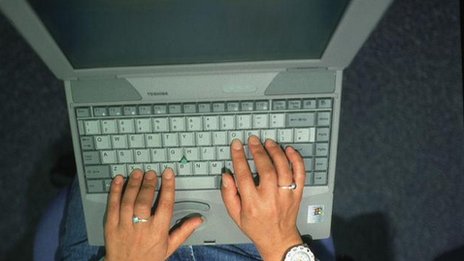 Last week’s long-awaited report by the Intelligence and Security Committee (ISC) into mass surveillance in the UK has turned out to be a missed opportunity. The report, which was triggered by the 2013 Snowden revelations about the ability of GCHQ to collect and store personal communications data en masse, mainly serves to legitimise existing practices rather than strike an appropriate balance between security and privacy.

The UK debate about mass surveillance has been more or less in stasis in recent months owing to the forthcoming general election and the series of reports that have been due on the subject. The ISC report is the first of this series – intended as a foundation to set the parameter of debate after the election.

To the credit of the ISC’s members, there are positive parts of their report. They rightly call for a new law to govern surveillance in the UK, declaring the current legal framework to be confusing, too open to interpretation, and anachronistic. This is certainly a welcome call, since existing laws governing surveillance were written at a time when Facebook and Twitter didn’t even exist.

However, the rest of their report simply defends current practices and makes it clear any new law should be built around them. This is not a good starting point for a wide-ranging debate about the balance between privacy and security.

Worse still, the report even denies that GCHQ’s current practices amount to mass surveillance, apparently considering collection of ‘bulk data’ about our personal communications, including who we send messages to and where from, no intrusion at all. If the collection of such data is not mass surveillance it would be interesting to hear what the committee would say is. Such data can help build up an extraordinarily intimate picture of a person’s life and their movements, interests and contacts.

The main point of worry, which the committee essentially denies is a problem, is that if the security services have access to all of this data then the potential for misuse is vast.

We already know that UK and US spy agencies have conducted surveillance on human rights groups such as Amnesty International, charities like Unicef, users of the online videogame World of Warcraft, and have taken millions of webcam images from innocent people. Misuse is clearly far more widespread than the ISC is willing to admit.

We have to ask ourselves how these powers might be used in the future. As the head of the Trade Union Group of MPs, Ian Lavery, warned last week, they may in the future be used to revive the Thatcher era practice of spying on and subverting the union movement, or any other target that the state perceives as an opponent.

This is why there need to be appropriate safeguards on surveillance powers. One much needed change would be to give judges, rather than ministers, the power to issue surveillance warrants. But the committee rejects this idea.

The ISC, which is charged with parliamentary oversight of the security services, also rejects any changes to its own structure. Yet clearly a committee whose members are ultimately appointed by the prime minister and not by parliament, and which has been accused of being too close to the intelligence agencies, is going to have trouble objectively carrying out its work.

This report, even though it called for greater transparency and new legislation, has failed to address the concerns of LCHR and other groups across the areas of oversight, misuse, and privacy protection. On the contrary, it does much to legitimise mass surveillance. Let us hope that the debate after the General Election does not follow from such narrow parameters.

Andrew Noakes is director of the Labour Campaign for Human Rights